Malaysians Team Saiyan dominated the Regular Season but were eliminated in 4th place behind archnemesis Mysterious Assassin (MY), Tyrants (SG) and IDNS SG. In Tyrants, childhood friends became professional players and their friendship carried them into an all-Singaporean grand final against IDNS SG.

However, with experienced esports players like JasonKoh and Ly4ly4ly4, IDNS SG proved too strong for the inexperienced Tyrants. The SynC-inspired IDNS SG were solid all-round and won the inaugural MPL-MY/SG with a convincing 3-0 score. Their tank player Mr. Vi earned the grand final MVP player award for excelling in his role.

This season was filled with drama. Defending champions IDNS SG signed under Bigetron SG and was mediocre throughout the tournament. The newly qualified EVOS Esports SG was widely regarded as frontrunners and under the leadership of Kolia and OhDeerBambi, they comfortably earned their way into the grand final.

However, the shock of the tournament was Saiyan Reborn’s surprising road to victory through the lower bracket. After losing their first upper bracket match to Flash Tyrants, they stunned everyone by winning their next 4 lower bracket matches without dropping a single game and earned an unlikely spot in the Playoffs grand final!

In the biggest Cinderella story so far in MLBB esports history, the team experienced a sudden 180-degree turn in their form and captured the hearts of local fans. They proved that anything is possible if you believe, work hard, and trust your teammates. 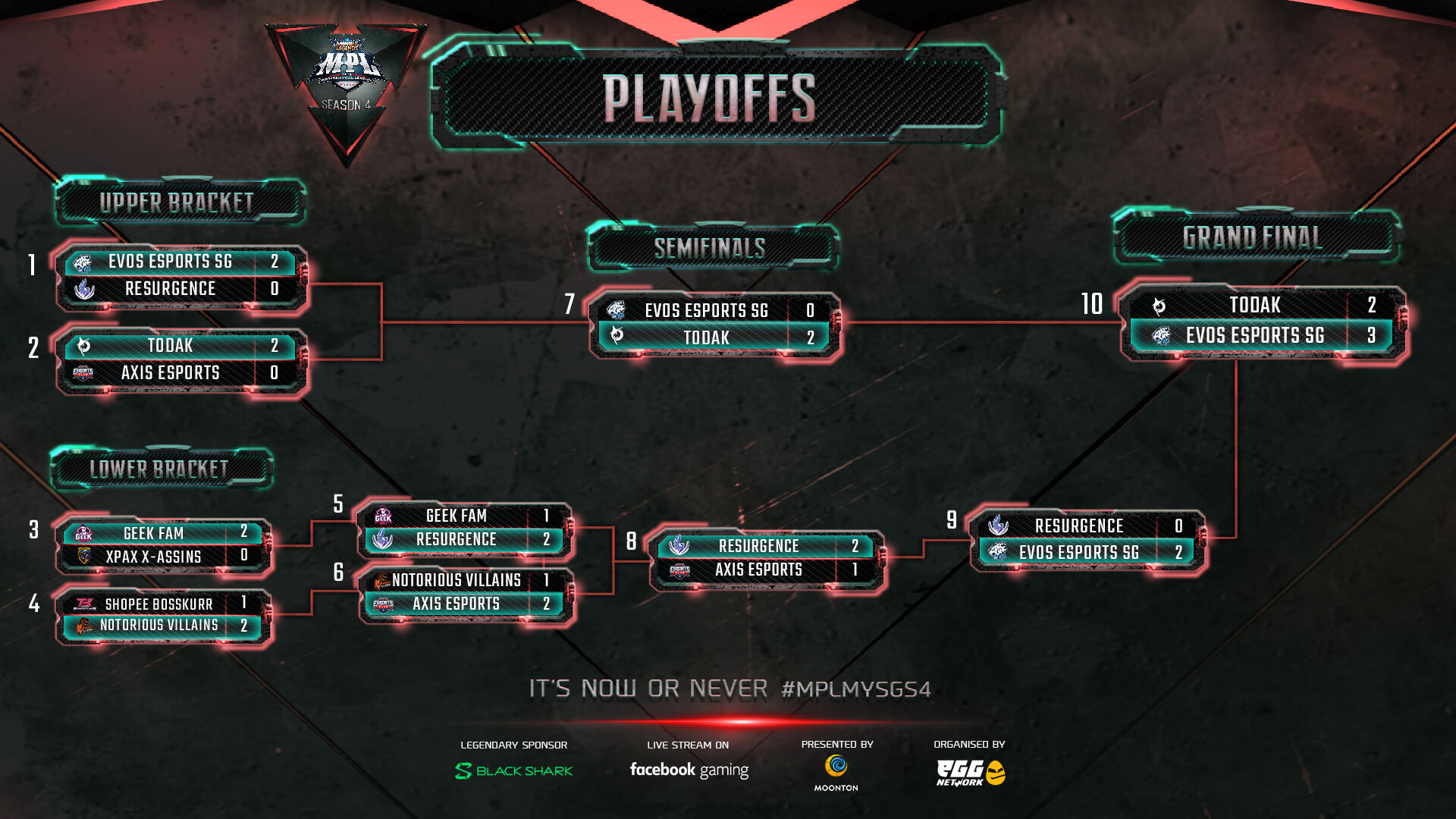 Season 3 saw a format change for the Playoffs. Similarly, the top 8 teams from the Regular Season would advance to the Playoffs, but only the top 4 teams will be in the upper bracket. The next 4 teams will immediately fight for their tournament lives in the lower bracket.

NARA Esports from Singapore dominated the Regular Season with a perfect 9-0 record, but they failed to leave their mark while on the main stage. EVOS Esports SG, the Season 2 runner-up clawed their way through the lower bracket to earn a hard-fought spot in the grand final.

Nevertheless, it was Geek Fam, led by veteran 2ez4Jepv, who crushed the Singaporean team’s dream for the second successive season. They were backed by a boisterous home crowd who cheered them towards victory. Dominus put on a dazzling display as Geek Fam’s Assassin player and rightly earned the grand final MVP award. 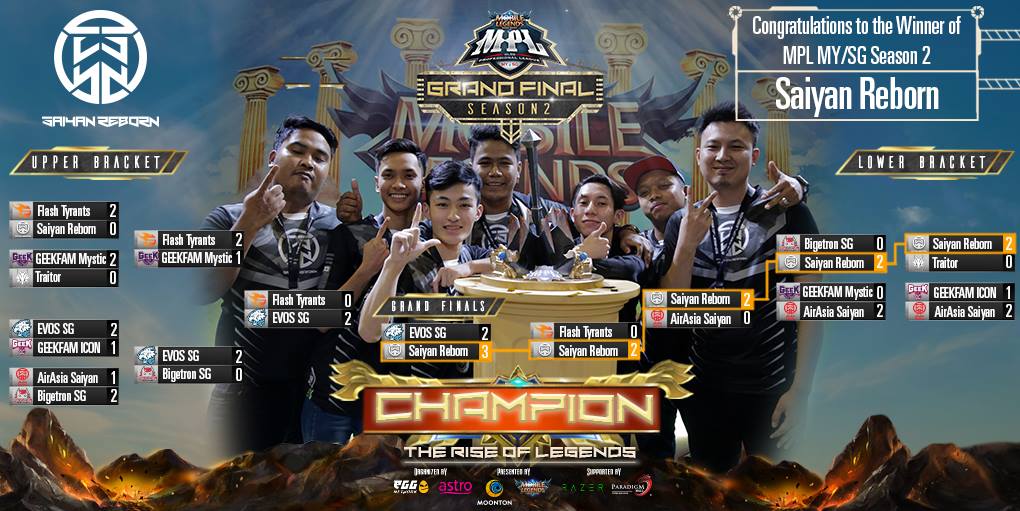 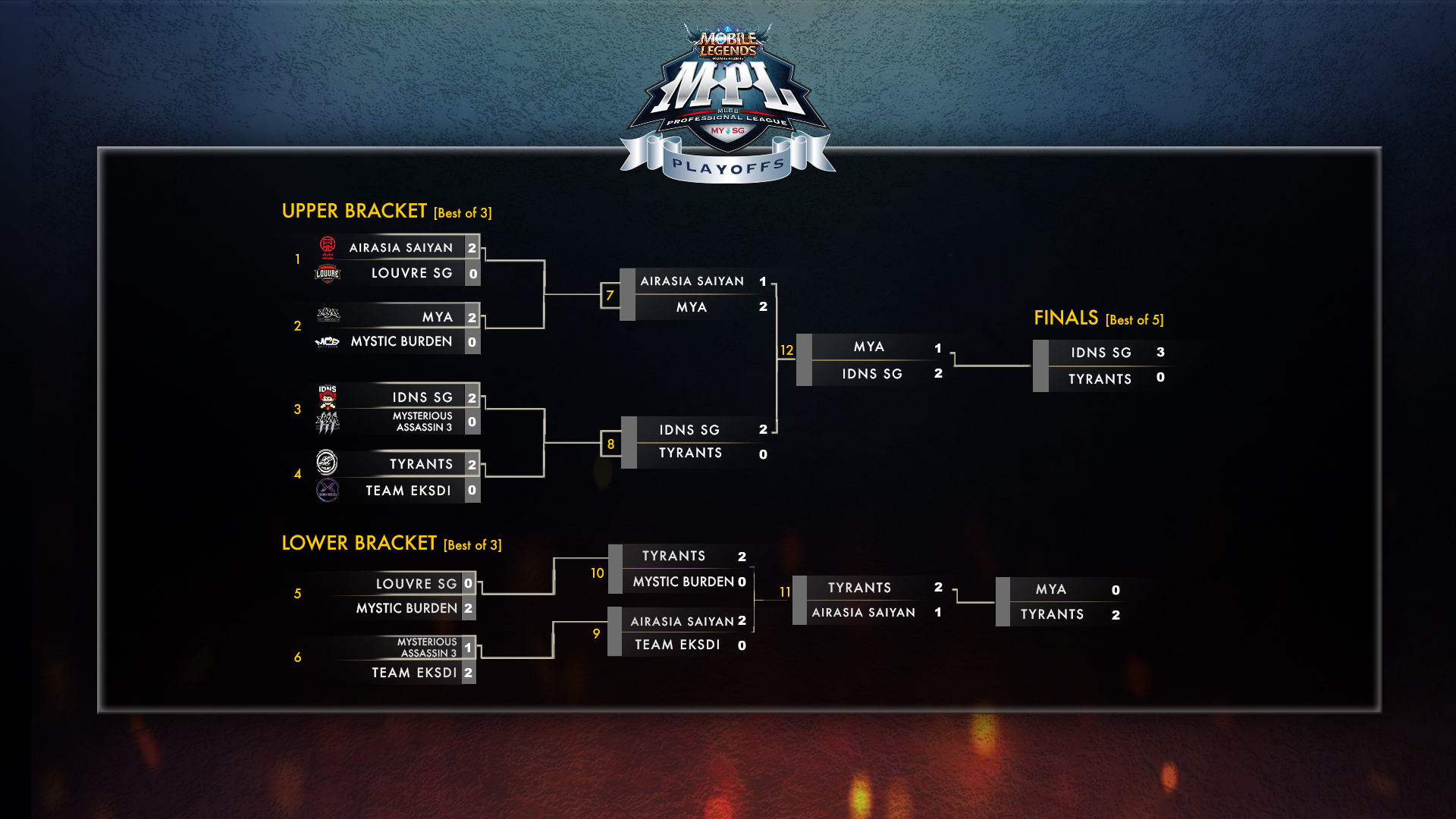