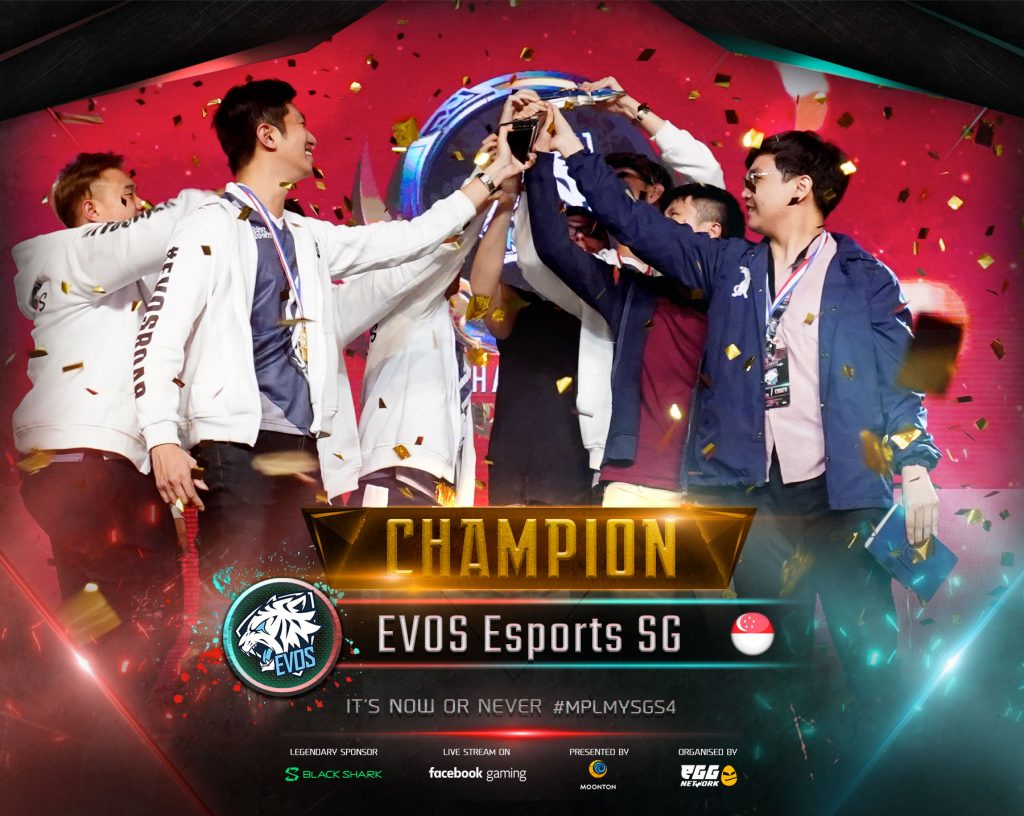 Hey MPL fans! Did you enjoy the Playoffs? I hope you did!

Day 2 of the Playoffs ended with a bang, with loads of interesting matches taking place as the four remaining teams, two from Singapore (EVOS Esports SG, Resurgence), and two from Malaysia (Todak, Axis Esports), fought each other for dominance. Ultimately, only one team could emerge as champion, and that turned out to be EVOS.

We started off Day 2 with the semifinals match between EVOS Esports SG and Todak, where the winner would advance to the Grand Finals immediately.

Once again demonstrating their skills, Todak utterly dominated EVOS with a clean 2-0 win.

From the start of Game 1, it was clear that Todak was in top form, already causing EVOS to fall behind. Over and over, they pressured EVOS into making mistakes, catching them out and gaining a huge lead in the earlygame.

Todak knew that if they allowed Potato to farm up on Karrie, he would dominate the lategame, so they quickly took down EVOS’ towers, and ended the game by 11 minutes.

Carrying over this momentum into Game 2, Todak even willingly sacrificed teammates to avoid EVOS destroying their towers, while simultaneously retaliating and taking towers themselves.

At less than 5 minutes, Todak had already destroyed most of Todak’s tier 2 turrets. Desperately, EVOS tried to distract Todak and splitpush to reclaim ground.

But it wasn’t enough.

With both teams making crazy plays, Todak just had better skills. They were able to use their spell/battle spell cooldowns very effectively, winning a final teamfight to clinch the 2-0 win.

In the Lower Bracket, the 2nd match was between Singapore (Resurgence) and Axis Esports, with both teams fighting to avoid elimination. In the end, Axis Esports was sent home. With that, we lost both our Season 2 and Season 3 (Geek Fam) champions.

RSG started off focusing on damage, gaining the advantage by poking out Axis, slowly chipping away at them and forcing Axis to back off from objectives.

Even when Axis tried to commit, RSG managed to turn things around. In particular, Aubi made a lot of big plays on Claude, escaping when getting caught while still getting kills along the way.

In the second game, RSG continued going with a heavy damage comp, but for each objective RSG took, they had to sacrifice one or two players, allowing Axis to gain a gold lead to build up Loong’s Granger, with Axis punishing RSG for their mistakes.

RSG was on the defensive, and Lacid’s Kaja kept harassing them, Despite their somewhat messy plays, Axis pulled off one last big teamfight, with Lacid making the game-winning play (Flicker + Divine Judgment ultimate) to win.

Game 3 saw a reverse of Game 2’s sweep from Axis. It started out relatively tame, with Mr Vi buying time for his team to get kills in other lanes and push towers, while Axis also stalled for Loong (Granger) to come online.

But soon, Aeon started demonstrating his skills on Akai, setting up fights with his ultimate (Hurricane Dance) and catching out Axis players for his team to eliminate.

Then, RSG won a major teamfight near Lord, killing two members of Axis and forcing them back, securing the win and eliminating Axis.

Following their win versus Axis, Resurgence had to jump into another match soon after, facing their fellow Singaporean team EVOS Esport SG in the Lower Bracket.

On Day 1, EVOS defeated them easily in the Upper Bracket, and this match was no different, with EVOS trampling their opponents 2-0 to secure their place in the Grand Finals, and a slot in the upcoming M1 World Championship. Goodbye, Resurgence, maybe next time.

RSG started off the match on good footing, making super aggressive plays and getting 4 kills by 4 minutes. It was looking good for them, and they were doing well.

But then, EVOS flipped their switch and the unstoppable killing machines came online. Turning a teamfight around, they closed the gap, and started to snowball. With Ace (Grock) and Potato (Granger) on their side, using Grock’s walls and Granger’s high burst/crit damage (by 10 minutes Potato had a 9/0/4 KDA!) to their fullest potential, EVOS crushed RSG in Game 1.

They gave RSG no room to breathe in the second game either, with a very strong start that saw RSG getting killed over and over. 7 minutes in, EVOS had a 10k gold lead and a 9-1 KD, with all of RSG’s turrets gone. Then EVOS took Lord, and that was it for RSG.

This was everyone’s eagerly-awaited match, a rematch between the rising stars Todak and Singapore’s strongest team EVOS Esports SG. Both sides played incredibly well, refusing to give their opponents any ground. At last, after 5 long games, EVOS finally won. After 2 seasons of Malaysian dominance, the trophy’s back in Singaporean hands, and the ‘2nd place curse’ is broken.

It didn’t seem to be the case in Game 1 though, with Todak pulling ahead early on due to a good teamfight turnaround. Even then, EVOS still had a lot more towers taken, and even took the first Lord by killing Cikuuuuu (Karrie), forcing Todak to back off.

But, when the 2nd Lord spawned, Xrayyyyy (Badang) caught out EVOS and killed most of them using his wall and ultimate, creating a window for Todak to push ahead.  Then, he pulled off the same trick in EVOS’ base, winning Game 1 for Todak.

Game 2 was an interesting game that went on for way too long (25 minutes)! It started out with EVOS taking the lead by stealing an early Turtle from Todak, who made the mistake of letting it go. From there, Todak fought back and EVOS kept pushing, but eventually the game turned into a stalemate, with neither side willing to commit to big fights. Any fights that DID happen were swiftly ended, with the occasional Lord steal happening.

But at last, Todak slipped up near Lord and EVOS stole it, killing most of Todak too, and winning with a push. 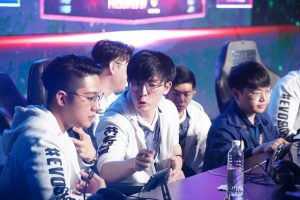 In Game 3, we saw Todak claiming another win, despite EVOS constantly pressuring Cikuuuuu (Claude) to prevent him farming.

The game saw a lot of back and forth trading of kills, and even though EVOS was winning initially and had a very powerful Chang’e, played by OhDeerBambi, they couldn’t end the game fast enough, allowing Xrayyyyy (Badang) and Cikuuuuu to take over

In the midgame, a failed Lord steal prevented Todak from ending the game, and EVOS capitalized, but couldn’t end the game either until the lategame.

At that point in time, Ace’s Hylos was ridiculously tanky, able to withstand a burst damage from four physical damage dealers with less than half HP lost!

Presumably due to exhaustion and stress, Moonnnnn (Esmeralda) found an opportunity to use his ultimate to turn a fight around, but misclicked and whiffed it. That proved to be Todak’s undoing, as EVOS caught them out shortly after, destroying the inhibitor just as Akai (Nenasssss) used his Arrival try and stop them. 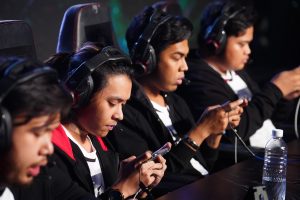 Both teams entered Game 5 weary and desperate to win, both aiming for that championship. Due to that, Game 5 started off really slowly and passive, with neither side willing to commit. In view of this, EVOS opted to slowly build a lead. After getting pickoffs one by one, they managed to get 3 kills and started being aggressive. By 5 minutes, Todak’s outer turrets were all gone.

From then on,  it was all about EVOS pressing the advantage they had, willingly sacrificing members to clear objectives, while Todak tried to catch them out with a Minoan Fury ultimate from Minotaur.

It’s safe to say that at this point, both teams demonstrated their full power, engaging and disengaging in teamfights like a tug of war. Finally, EVOS won out though, as Todak failed to catch out Potato’s Granger, who chunked the entire enemy team down for a clean win, ending the game at nearly 30 minutes.