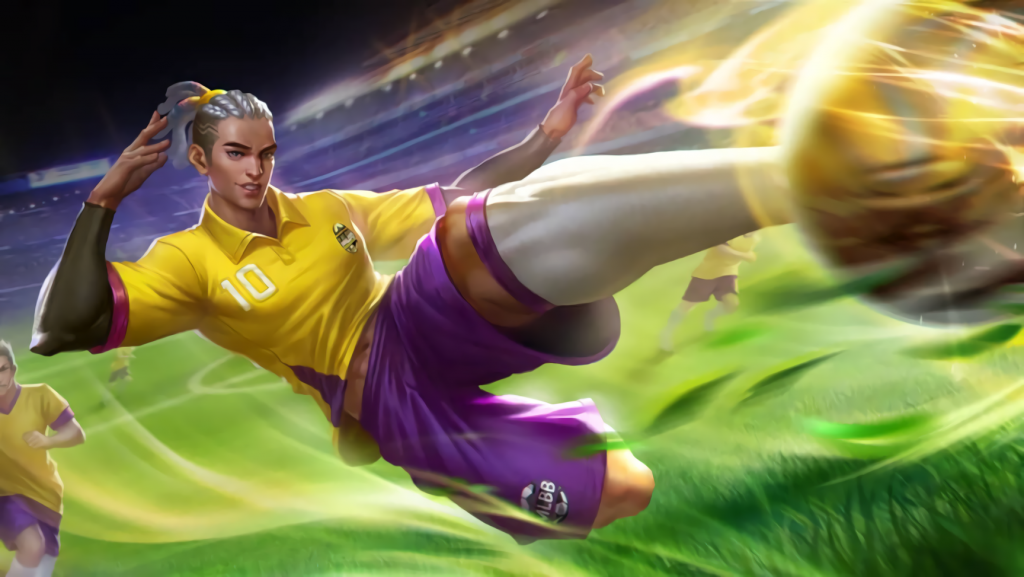 Well, that’s it, folks, we’ve come to the end of S4’s Regular Season. It’s been a wild ride, and Week 6 ended with a bang. Two teams have been eliminated from the tournament, while Shopee Bosskurr pulled off two miraculous matches to claw back from the brink of elimination.

Here are the daily match scores and standings chart: 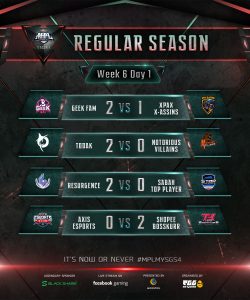 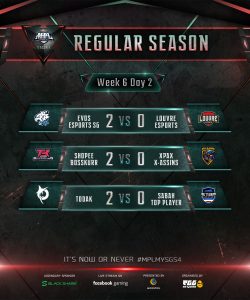 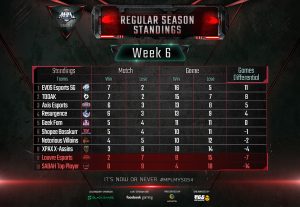 Let’s get the bad news out of the way first: We lost two teams, one Malaysian (STOP) and one Singaporean (Louvre Esports). 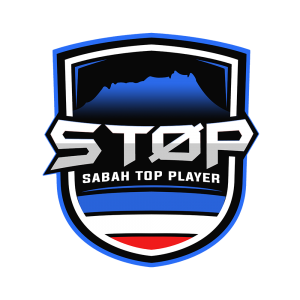 STOP, in particular, performed poorly in the Regular Season and didn’t win a single match throughout the 6 weeks of play. Even if they had won their two matches versus Resurgence and Todak in W6, which they didn’t, they were too far behind and wouldn’t have gained enough points to avoid elimination.

Still, it’s hard to blame them, since the players are mostly new to the competitive scene. There’s a world of difference between high level Ranked play and a tournament environment. But it’s not the end of the world, they can still try again in the next season.

Louvre also underperformed, and while they did win a few matches here and there, they had the misfortune of facing EVOS Esports SG as their final opponent. Like STOP, Louvre was in a similar situation of having a team with lots of inexperienced players, as stated by their captain ly4ly4ly4 in his interview.

Unfortunately, they may not have a chance to comeback, since the team is apparently disbanding due to commitment issues and military service.

Meanwhile, Shopee Bosskurr, one of the three teams everyone predicted would drop out (it was either them or Louvre, with STOP already guaranteed) managed to pull off a last-minute turnaround.

And they didn’t just scrape by with a minimum number of points either. No, Bosskurr somehow managed to win both their W6 matches 2-0 versus Axis Esports and XPAX X-Assins.

A possible win versus XPAX was on the cards, but nobody expected Axis to lose so hard and hand Bosskurr their win as well. Regardless, Bosskurr has received their second chance.

As for Axis, it doesn’t affect them, since they’re secure in the Upper Bracket anyway due to solid performances all season, but it must be a pretty demoralizing loss. As they enter the Playoffs, they have to maintain a strong mindset if they’re aiming to reclaim their Season 2 championship crown.

While that was going on, Todak successfully regrouped. After two momentum-stopping losses in Week 4 and 5 (to XPAX and Resurgence), they managed to fight back this week, dominating both STOP and Notorious Villains 2-0.

Despite having new players in their squad, they’ve somehow managed to rise to the top of the standings (currently #2), defying strong teams like Axis and EVOS to take their place in the Playoffs. Playoffs is a whole new challenge, of course, so we can’t say for sure that they’ll perform well, but it seems likely. 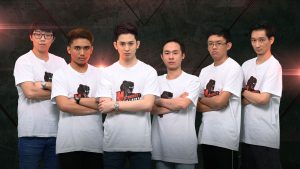 Unfortunately, the same can’t be said for Notorious Villains. Under NARA Esports, they were strong throughout S3, but dropped early in the Playoffs, and this season hasn’t been their finest either. By Week 5, they were sitting on a 50% winrate (4 matches won, 4 lost), right in the middle of the standings, and their 0-2 loss to Todak this week pushed them further down into the Lower Bracket.

Speaking of EVOS, these guys are still #1. Week 6 was an easy week for them, with a clean sweep versus Louvre where EVOS were in no danger of dropping from their position. As always, they’ve performed superbly throughout S4, and are currently the strongest Singaporean team.

The 2nd place curse (where they took 2nd place in the finals of S2 and S3) still looms overhead though, and as they enter the Playoffs, that’s definitely going to be on their minds. Still, like Soul said, “I don’t actually see it as a bad thing, honestly. It’s extremely hard to be consistent in the Playoffs after all. Plus, despite all that ‘2nd place curse’ stuff, we’ve always emerged as the top Singaporean team, and made it to MSC as well this year.”

There’s also their fellow Singaporean team Resurgence, who are admittedly weaker, but no less dangerous. They weren’t performing that well in the first few weeks, but have since climbed back up to #4. Currently composed of veterans from Bigetron SG and Flash Tyrants, it’s a team that has loads of experience, even if they’re not the most skilled. Like EVOS, they had it easy in Week 6, and their victory over STOP places them firmly in the Upper Bracket, where they’ll be going up against EVOS in the Playoffs.

Despite their player Unta’s (Unta is 2nd from right in the image below) strong performances throughout S4, and their victory against Todak in Week 4, XPAX as a whole has been underperforming. While they were never at risk of elimination, they can definitely do better in the Playoffs.

Geek Fam, too, hasn’t been at their best. Their roster change (adding in OZORAVEKI and RUMPEL) for S4 was somewhat hampering them initially, but by Week 4, Geek Fam managed to turn things around, and are now #5.

The significance of their standings, if you’re not aware of it, is that they’ll be going up against each other again in the Playoffs. It’ll be an interesting grudge match to watch, for sure.

Peeking at the Playoffs Brackets

Here’s a brief look at the upcoming Playoffs matchups. 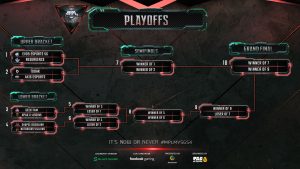 EVOS vs Resurgence – It’s a battle of Singaporean teams. With both having achieved 2nd place in the finals before, both teams are eager for another shot at claiming the crown.

Todak vs Axis – The rising stars are challenging the old champions, but who will triumph in the end? Can Axis move forward to reclaim their title, or will Todak go further?

Geek Fam vs XPAX – It’s a rematch after their Week 6 battle, with higher stakes this time. Can Geek Fam avoid elimination? They can’t afford to lose now, after winning Season 3.

Bosskurr vs Notorious Villains – It’s a Singapore vs Malaysia match! After nearly dropping out, Bosskurr gets a second chance. Can they claim this opportunity, or will the Villains steal it from them?