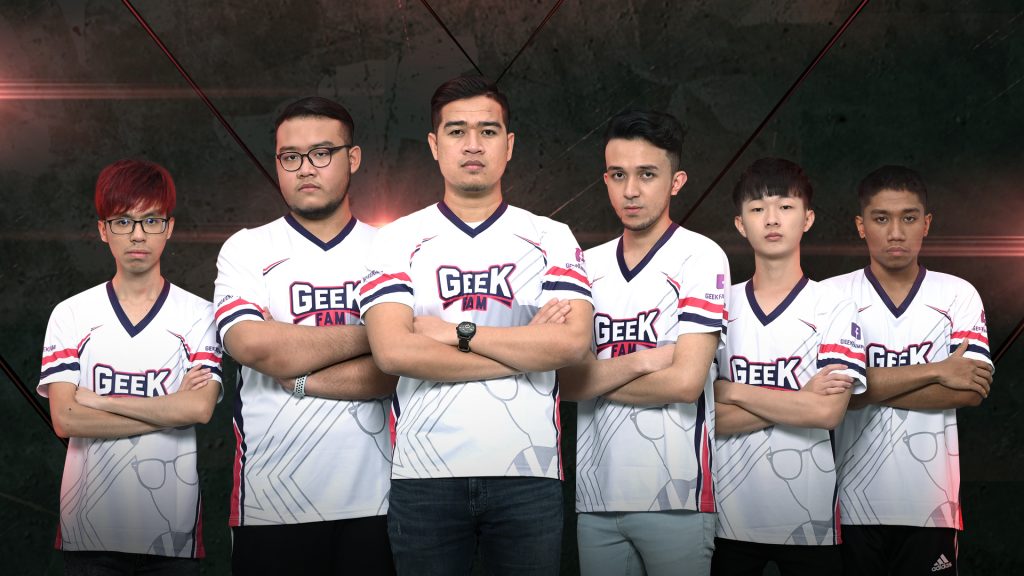 Hey guys, here’s another cool interview for you, directly from the mouth of 2EZ4JEPV, Geek Fam’s captain.

Having won last season, they’re a strong contender for another victory, but didn’t perform very well in Week 1. Fortunately, they managed to reclaim some ground in Week 2. Let’s see what Jepv has to say about the stuff that’s been happening so far. 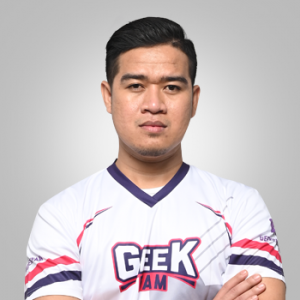 We’re all feeling good! Nervous? Nah, not really, but we’re still not too happy with our team’s performance for this season. Could be much better, really.

Oh. Yeah, Week 1 was tough for you guys. What happened?

I think it was mainly my absence that made the team struggle a bit, so I guess you can put the blame on me. They really did try their best even without my leadership, and I commend them for that, but it just didn’t work out. Can’t be helped.

I wanted to play, but unfortunately couldn’t due to family affairs, and I also had to be in Bintulu, Sarawak with my wife, which meant I couldn’t lead the team then. Well, we made up for it in week 2 by getting those points, so it’s all good. We’re not giving up so easily.

Hopefully you guys can do better. How’re the new players (RUMPEL and OZORAVEKI) doing so far?

If you’re asking about team chemistry, well, I’ll be honest and say we still haven’t found that that magic formula yet to create perfect teamwork. They’re still adjusting to the team, in other words.

(OZORAVEKI is the leftmost player, and RUMPEL is second from right)

And it’s not just them. There are LOADS of gameplay changes we have to make, in terms of player roles and other stuff,  but as the Captain I promise to give it my best shot.

I’ll do whatever I can to cover for the team’s weaknesses and help them adjust. And hey, I’m not perfect either, even I make mistakes and need improvement, so we all need to work together and help each other out.

Speaking of improvement, what steps are you guys taking to retain the championship position?

Well, like I mentioned, teamwork and communication is our number one priority for the members. Not just amongst themselves, but with me. It goes both ways, I need to communicate well with them too. Without proper teamwork in training and gameplay, even if the players are strong individually, it’ll be hard to win and keep our championship title. 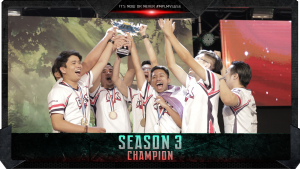 In terms of the gameplay/meta itself, we’ve prepared a whole list of strategies and different meta adjustments for each of the other teams in this season, so we’re trying to be flexible instead of just sticking to one strategy. Whether these strategies will work out or not, I can’t say for sure, but we’ll see.

As a captain, what are your goals for this season (apart from the championship)?

I’m aiming to be different from the other players. Instead of just leading the team to victory in the MPL, I have other dreams in the MLBB pro scene too.

If you weren’t aware, I’m a player who has already achieved the honour of claiming two big championships (MSC 2017 and MPL MY/SG Season 3 2019), and hopefully we’ll win S4 too, but that’s not enough.

After this, my target is to enter the MLBB World Cup, as well as achieve a personal goal of being a legendary player within Malaysia. After all that’s achieved, maybe I’ll retire as a player and focus on coaching.

Wow, big dreams. The other teams won’t give up easily, though. Any teams/players you guys need to watch out for?

Nah, we’re not really afraid of any of the teams in S4. I mean, I’m not saying they’re bad. They’re all strong teams, I’m not ashamed to admit that, but there’s no fear there, only respect for their abilities. That’s how a healthy competition should be.

Say something for your supporters and the other teams.

To all our supporters, thank you so much!

Your support is greatly appreciated, and I especially appreciate all your prayers which have helped to open the path for us in the world of esports, regardless of whether it’s in this tournament or any others.

Thanks guys, love you all! Once a Geek, always a Fam!!!