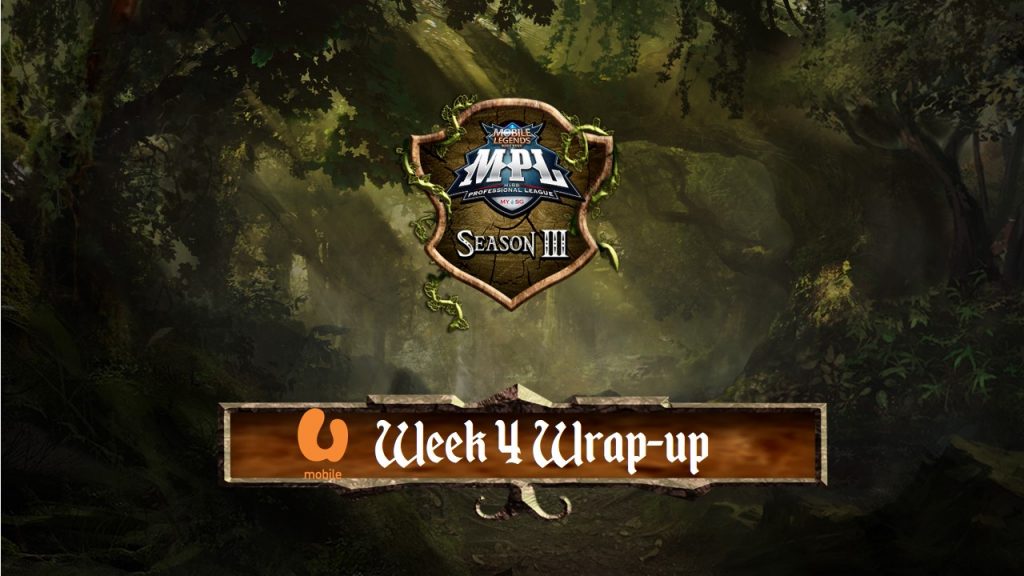 Welcome back to our Weekly Wrap-up of the MPL-MY/SG Season 3 Regular Season. Over the past few weeks of the Regular Season, we saw that most of the strong teams were from Singapore, including EVOS Esports SG, NARA Esports SG and Bigetron SG, with Geek Fam being the only Malaysian team in the top 4. However, the stand-out team has be NARA, who is the only team to have maintained a near-perfect record, winning all but 1 game. They have shown class and consistency, and despite being a qualifier team, they look to be the strongest one at the moment. 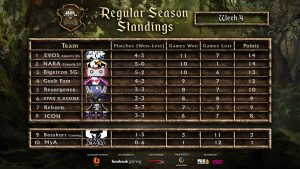 Geek Fam started the week with the full force against Reborn, winning 2-0 in a comfortable fashion. Reborn were totally smashed, losing game 1 badly to Geek Fam due to their inability to pressure the map, pick off heroes and contest objectives. Dominus’ Kimmy in first game was too strong for Reborn to handle. Reborn tried to fight harder in Game 2 and they won early on, but it wasn’t enough. Geek Fam’s Xorn was phenomenal on his Chou, and with the help of 2ez4Jepv’s Gatotkaca, they managed to disrupt Reborn’s flow and eventually claim victory.

EVOS played sloppily throughout the whole series, making a lot of mistakes and bad decisions in teamfights, on which XPAX X-ASSINS duly capitalised. In game 1, EVOS initially led the series 1-0, but during Games 2 and 3, they couldn’t close out the game and made some silly plays. XPAX X-ASSINS, regarded by many as an underdog team has, in recent weeks, seen a spike in their performance. They regained control of the series by taking advantage of EVOS’ mistakes. Nami played Gusion, and was a relentless assassin. EVOS came under heavy assault and crumbled under the pressure. Game 3 was closely-fought, with neither team willing to give up control. They fought hard and pulled out every trick in the book to surprise their opponents. However, it was XPAX X-ASSINS who emerged victorious, conquering the current standings leader.

Resurgence continued their lacklustre form, and lost a hard-fought 3-game series against equally underperforming ICON. The flow of the match ebbed back and forth between the Singapore and Malaysian squad, with both sides unable to exert total control over the whole series. Individual skills were on display, but at the end of the day, Resurgence’s teamwork was severely lacking. An game-losing example of this was in game 3 when they were split up and was constantly picked off by ICON. Unta’s Kimmy was also crucial in ensuring the Malaysians stayed on top.

The battle between Geek Fam and Bosskurr Gaming was an intense series, especially given Bosskurr came into the series winning only 1 game. It was a happy ending for the Malaysian sweethearts Bosskurr. Many were expecting an easy win for Geek Fam, (given Bosskurr’s dismal record), but the fan favourite team raised their spirits and refused to surrender. Sheer willpower (and thanks for questionable plays by Geek Fam) finally gave them 2 precious points as they keep alive their chances of reaching the Playoffs. Have they regained the trust and confidence of their fans? Only time will tell if they are on the road to recovery or that Geek Fam was just having a bad day. 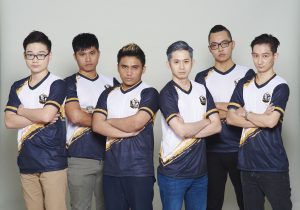 Concluding day 2, the Singapore eagles NARA Esports SG took down Season 1 champions Bigetron SG in an effortless 2-0 victory. Both Singaporean teams were evenly matched at first. But NARA had better teamfight control. Focusing on teamfights, NARA’s draft in game 1 was smart by picking Diggie. NARA played aggressively, pushing their heroes to the limits and slowly, but surely gained momentum before finally defeating Bigetron SG. In Game 2, the flow was more back and forth, Bigetron SG gained an advantage and could have ended the game earlier, but in the end it was NARA who capitalised on BTR’s mistake to steal the victory. Despite putting up a solid performance, Bigetron’s failure to close out the game led to mistakes which ultimately cost them the game.

Ending week 4 with Reborn, the defending champion took down MYA easily with a 2-0 score. MYA once again played too defensively and lost too many early teamfights. A good snowball strategy from Reborn helped them to swiftly kill Lord and then march casually into MYA’s base. Game 2 was more interesting with MYA taking the initiative to play more aggressively. Evilx’s Belerick, however, successfully controlled the high damage output of Kimmy and Harley. It was a closer game compared to the previous one, but the excellent decision by Rynn to split push on his Chou finally led the defending champion to victory.

After disappointing performances in their previous matches, both teams looked eager to start the series in dominant fashion. Game 1 saw EVOS gain an early advantage by stealing Bigetron’s jungle and refusing to take their foot off the pedal. Unfortunately, the team was undone by Sana’s excellent Thamuz play, who consistently stayed alive in teamfights, dealt lots of damage and focused on killing the right heroes. In game 2, the field was more even, and both teams had good drafts. That game came down to a test of individual mechanical skills and teamwork. EVOS’ Bambi optimised for burst damage and his Harith and due to the hero’s innate mobility, helped him weave in and out of teamfights with ease. However, Bigetron SG learned from their mistakes, and in another close game, it was Ly4’s Karrie who proved instrumental in claiming victory.

The XPAX X-Assins came into the series high on confidence after defeating standings leader EVOS Esports SG, whereas Resurgence were still in a slump, losing to ICON 2-1. However, the tides for both teams turned. Thanks to an inspiring performance from Lun’s Leomord, Resurgence claimed a precious Game 1 victory. In the next game, XPAX X-ASSINS managed to steal the win through with aggressive and high risk plays and split pushing. Nami put up a scintillating performance on his Gusion and was active throughout the game, whether it was showing up in teamfights or picking off individual heroes. Unfortunately, Resurgence counter-picked XPAX X-ASSINS’ draft in the deciding game and the Singapore squad returned to winning ways. Lun’s Claude combined well with Ken’s Diggie to give Resurgence the teamfight control and damage they needed to seal victory.

That’s it for our fourth-week MPL-MY/SG Weekly Wrap-up! Get to know more about your favourite teams and do not forget to watch all the MPL matches live on the Mobile Legends: Bang Bang official Facebook page. With only 2 weeks of the Regular Season remaining, teams at the top of the table will be looking to stay ahead for a more favourable Playoffs bracket. Teams at the bottom, however, will be fighting for points to make it into the Playoffs? Stay tuned next week for more MPL action!