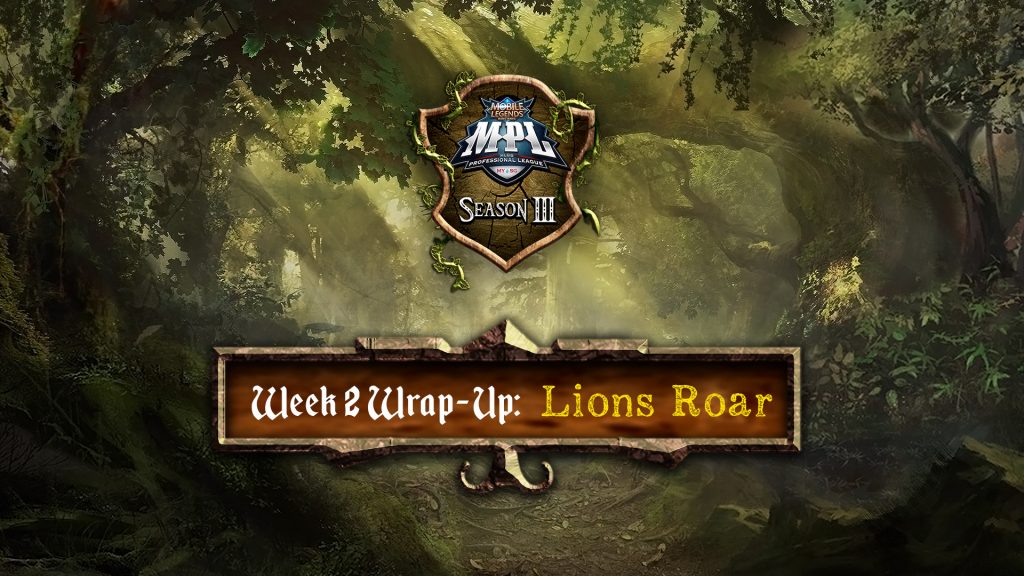 Welcome back to our Weekly Wrap-up of the MPL-MY/SG Season 3 Regular Season. Week 2 has been another interesting week, with all matches played between Malaysian and Singaporean teams. Out of the 7 matches this weekend, Geek Fam was the ONLY Malaysian team that managed to secure a victory. We definitely saw some expected and not-so-expected outcomes and lots of one-sided games with 2-0 scores, so let’s get right into the action. 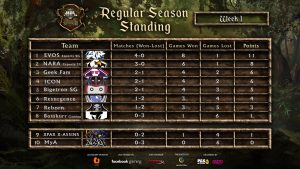 In the first match of day 1, Bigetron SG were dominant over their Season 1 rivals, thrashing the most popular Malaysian team, Bosskurr Gaming, to claim a 2-1 score. The Malaysian powerhouse has disappointed their supporters again this time with a humiliating defeat this week to another Singaporean team. Bigetron SG came out with a more powerful line-up for the game where MR. Vi played Belerick for the first match and helped Bigetron to reduce Bosskurr’s damage output and secured victory. Winning Game 2 gave Bosskurr some hope, but Game 3 swung back in favour of the Singaporeans who took a massive lead after 5 minutes of the game with a six thousand gold lead over Bosskurr Gaming. There was some improvement in their performance, and despite fighting hard to take 1 point away from Bigetron, they were not up to the challenge and ultimately fell.

Before the match, Reborn MPL-MY/SG Season 2 champions, claimed that NARA Esports SG was one of the weakest teams this season. NARA was the Singapore qualified team, but featured ex-EVOS Esports SG captain Kolia and ex-Team Onic player Fenrir in their ranks. despite being the new kids on the block, NARA proved themselves to be no pushovers by stomping Reborn 2-0 in this series. NARA were brave enough to pick the new hero Guinevere and their strategy proved proved devastating. Furthermore, in the second match NARA’s Harley-Kaja combo proved too hot for Reborn to handle. Fenrir played Harley and went for a damage burst build to finish off opponents quickly. In that game, he was almost invincible and felt omnipotent.

Geek Fam continued their SG giants-slaying run, this time taking out MPL-MY/SG S3 3rd place team Resurgence in a convincing 2-0 fashion. Resurgence, on the other hand, seemed to underestimate the power of Harith and chose not to ban him. Dominus played him in the first match and his dominant performance combined with excellent team play helped Geek Fam to climb to 3rd in the current standings! Resurgence, who have had a shaky start to Season 3 seemed unfocused and they lacked the synergy they were known for. Geek Fam, on the other hand, have been steadily improving, and this important win against Resurgence should show to their fans that practising hard and team cohesiveness will help them become one of the strongest teams in Malaysia.

Bosskurr Gaming looked to bounce back from their dismal performance in week 1 with a new strategy. However, the previous night’s victory by NARA was a big confidence booster for them and they came into the series with all guns blazing! We did not see many teamfights in this game because NARA’s objective was to primarily map control. However, in the second game Bosskurr came up with an interesting draft that focused on high crowd-control skills (CC). They were intent on bringing that fight to NARA, but XMXM who played Guinevere for the Singaporean squad took control of the game. Bosskurr tried their best to fight back in game 2, but NARA shrugged off their counterpicks and strategies, crushing them to win the series 2-0.

Ending the second day of the Regular Season, we had match between EVOS Esports SG and MYA.We saw an interesting match between these two teams. EVOS tamed MYA with a clean 2-0 score. From the beginning of the match, EVOS already focused on getting objectives. They were doing continuous split pushing from the beginning to increase their chances of winning. Soul’s Leomord for the second game was a sight to see as he showed perfect timing with his Phantom Steed usages.

Both teams started the weekend at the top of the standings, and wanting to gain an early lead in the league. Their match was a showcase of disciplined gameplay with plenty of epic teamfights. ICON seemed to show greater synergy in terms of their drafting but tended to misplay at crucial points of the game. During the late game, the Kuja-inspired ICON dominated every aspect with his Claude. His hero build was optimised to deal high physical damage to kill enemy heroes. Unfortunately, his team did not have enough stun heroes to help them in killing off enemies. They failed to engage EVOS properly in teamfights, which allowed the Singaporean side to counter back and claim their third consecutive league victory, thus topping the standings.

Bigetron SG went up against XPAX X-ASSINS and essentially demolished them, showcasing superior tactics and teamwork. Bigetron SG took early map control and pressed their advantage. The consistency showed by Bigetron SG helped them to claim victory over XPAX X-ASSINS who seems to lack practice and purpose. For game 2, Bigetron SG played aggressive teamfighting heroes and pressured XPAX X-ASSINS right from the start. SynC’s use of Kadita showed how strong she can be in the right hands, and in a right team composition. Following this disastrous loss, XPAX X-ASSINS is currently in 9th place, just one point above Mysterious Assassin.