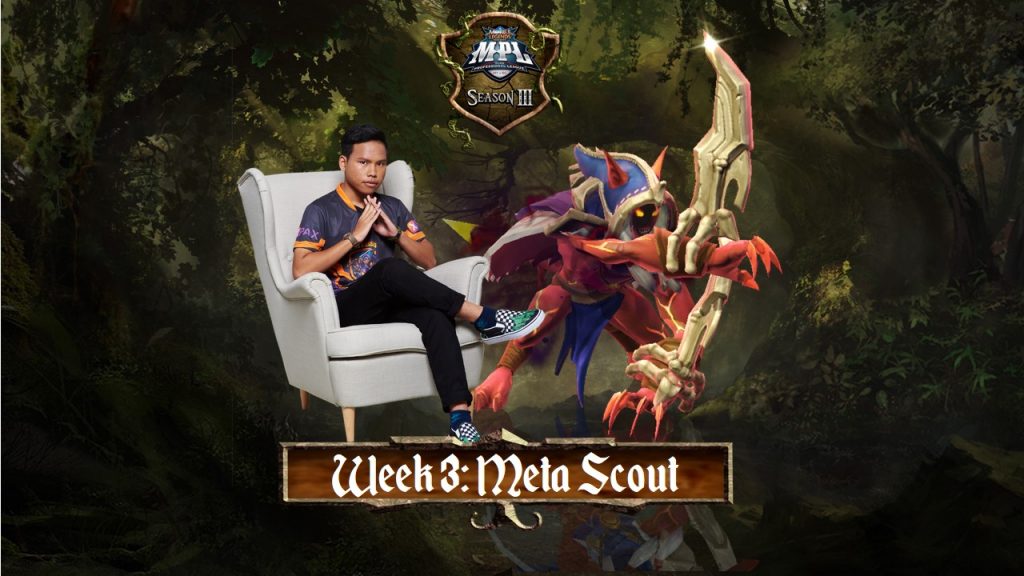 Welcome back to a new episode of MPL Meta Scout! Previously we looked at both highly mobility Mage, Harith and Kadita who have been impactful when picked. This week, we wanted to touch on one of the strongest Assassin hero – Helcurt.

Smooth from XPAX X-ASSINS played Helcurt over the weekend and was our ‘U Mobile MVP’ of the week. Below are insights into how best to play this hero in the current MPL meta-game. 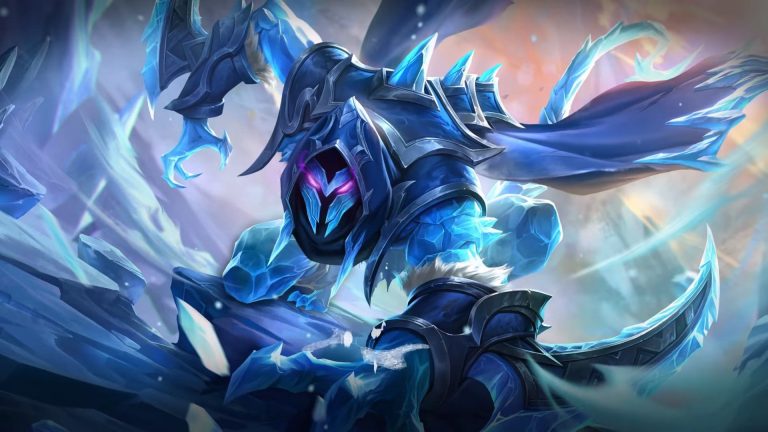 According to Smooth, the best time to pick this hero is when your team wishes to play aggressively and want to focus heavily on teamfights. This is because Helcurt, being an Assassin, excels at bursting down enemies and killing them in one fell swoop! Having a high capacity for damage and decent durability, he is a great hero for picking off squishier heroes while ganking. He said that Helcurt would be the best pick if your objectives matched these three things: split pushing, surviving in battles and killing enemy heroes.

As an Assassin with the ability to burst down opponents, Helcurt is feared by Mages and other Assassins, who usually are weak in their defense. In addition, his Passive will prevent him from receiving some damage from opponents. Supported by high mobility, and an Ultimate that, when activated, often sends opponents running away in confusion. Smooth explained that Helcurt would be a great choice when equipped with proper items. He mentioned that a high amount of physical attack damage, attack speed and some durability items can make Helcurt an unstoppable force! 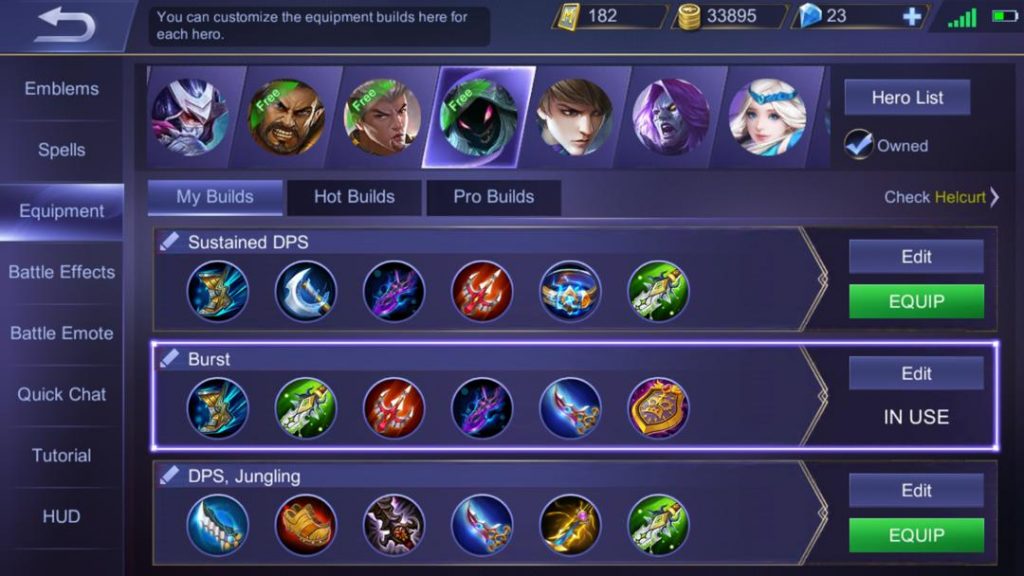 According to Smooth, the must-build items that players should build for Helcurt must do 2 things: 1) increase attack speed and 2) have high damage output. For his first item, he would go for ‘Scarlet Phantom’ that gives a critical chance boost to Helcurt. After that, Smooth recommended items that can increase the hero’s damage capacity. He said players will need as much physical damage they can get so that they can quickly burst down an enemy hero. Items like ‘Blade of Despair’ and ‘Endless Battle’ will help players do just that by giving high attack speed as well as damage.

Smooth prefers not to buy any defensive items because he believes his individual skill and his teammates team are enough to keep him alive. During the late game, Smooth usually adds ‘Blade of Heptaseas’ to increase both his damage and his HP. 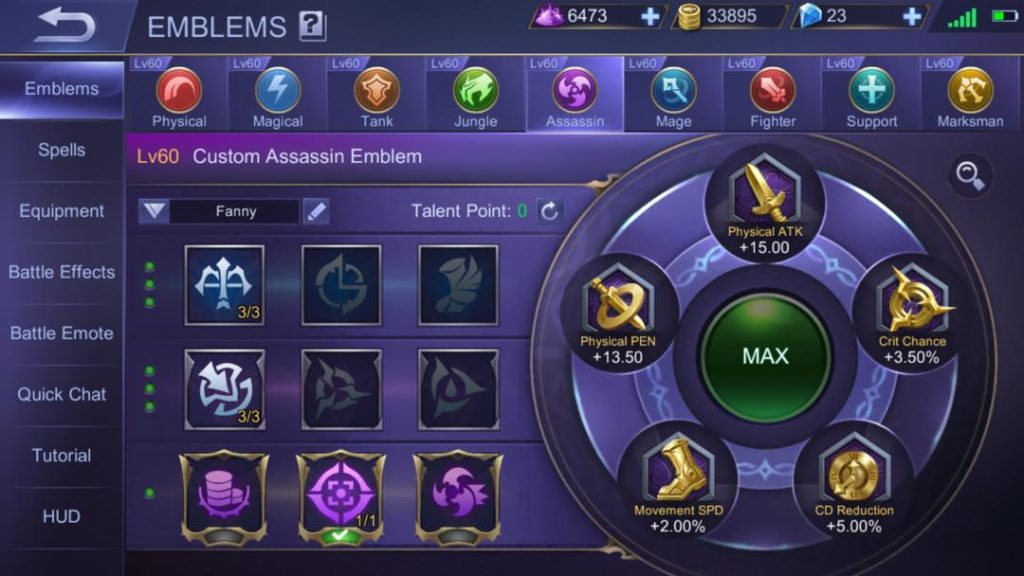 For him, the best emblem set for this hero is the Assassin emblem. According to Smooth, players can use the Assassin emblem on Helcurt with the talent ‘High and Dry.’ This talent works well on Helcurt because it allows him to deal more damage when he is one-on-one against an enemy. Players can also use the Physical emblem as a substitute, but he doesn’t really recommend it. As for battle spells, Smooth recommends Petrify as it is useful during team clashes. It temporarily stuns the enemies and stops them in their tracks. One great strategy for this ability is to use it on enemy heroes that depends on channeled skills.

Mid game: During a battle, try to target the enemy carry. In a teamfight, use your Ultimate or Skill 1 to approach the Mage or Marksman who is usually hiding in the back lines. Also, an Assassin shouldn’t be fixated on specific lanes; always rotate and look for ganking opportunities. Your role is to deal take out Mages quickly in these skirmishes.

Late game: At this stage, it will be very difficult for an opponent to face you in a 1 on 1 fight. Use this to your advantage to split push and take down the enemy crystal to claimed victory!

Excited about MPL-MY/SG? Don’t forget to tune in this week as we enter week 4 of the Regular Season! 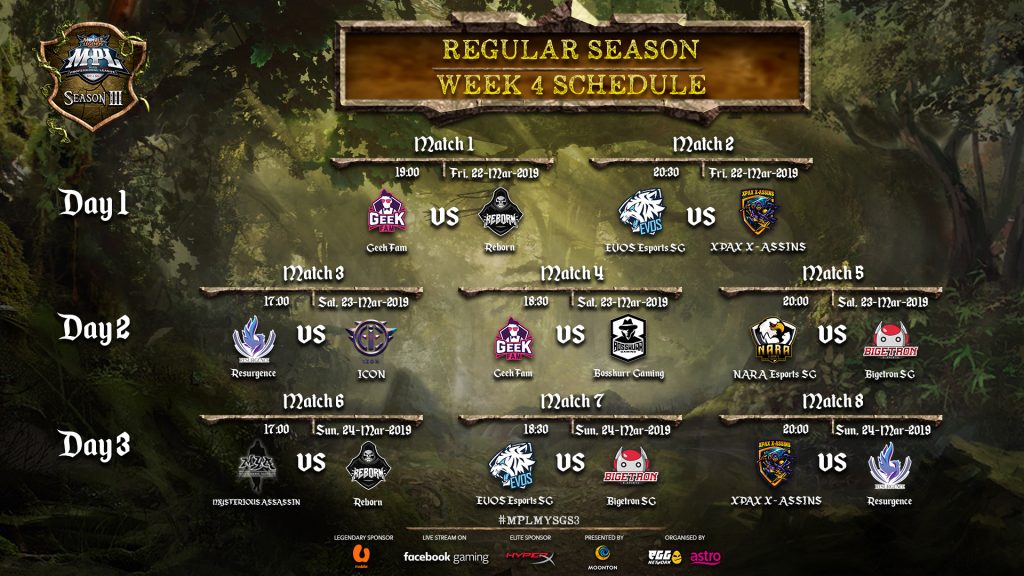