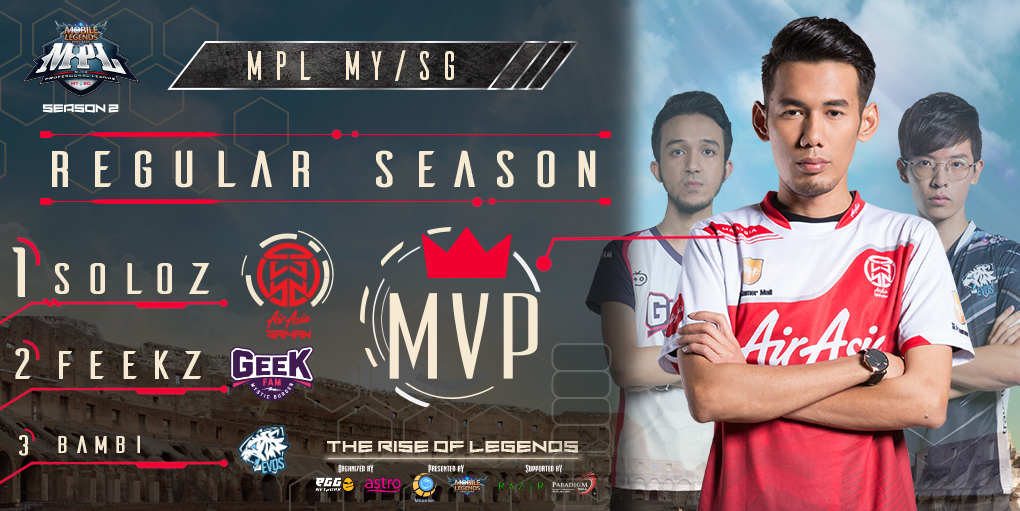 The regular season saw a lot of intense fights, but it wasn’t only about the teams winning, mind you.

Some of the players performed extremely well and contributed a lot towards their teams, so we also want to recognize individual skill, which is why we’ve granted two of the top-performing players special awards. 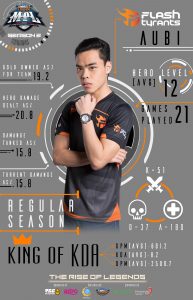 Aubi really showcased his skills and gameplay knowledge in Mobile Legends throughout the entirety of S2’s regular season, finishing with a total KDA of 51/180/37.

Yes, that IS a ridiculous amount of assists.

Aubi’s main roles are as a mage and roamer, which means he goes around helping out his team a lot, ganking other lanes and setting up kills instead of directly getting all the kills himself. Notably, Aubi’s Selena was very instrumental in setting up kills for his team via Selena’s long-range stun and heavy burst damage. 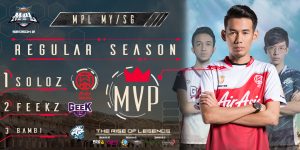 And the MVP of the regular season (voted on by the media and players), is AirAsia Saiyan’s Soloz.

He deserves the award, in my opinion, for these two reasons:

Soloz has been very vital in helping AirAsia Saiyan to stay dominant throughout the entirety of Season 2 so far, and his skills as a carry are undeniable. Soloz has the 3rd highest number of kills out of all the regular season players (Dominus from GEEK FAM Mystic and Bambi from EVOS Esports SG are in #1 and #2 respectively)

2. Adapts well to his team

During Season 1, Soloz was a part of Mysterious Assassins (MyA), now rebranded as Honor MyA. After the conclusion of S1, he and a few other members left the team for various reasons. Notably, his former teammate 2ez4jepv went on to join Team Tamago, and then GEEK FAM Mystic (formerly Mystic Burden).

Soloz, on the other hand, joined AirAsia Saiyan after S1 ended. He seems to have adapted pretty well, and they’re currently in 3rd place on the standings.