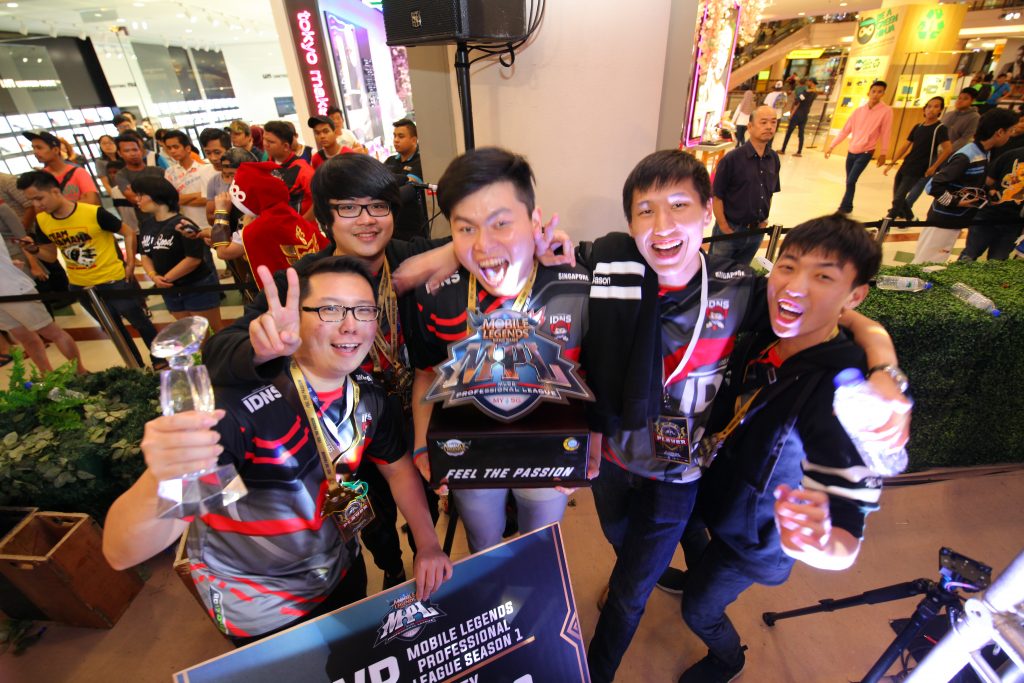 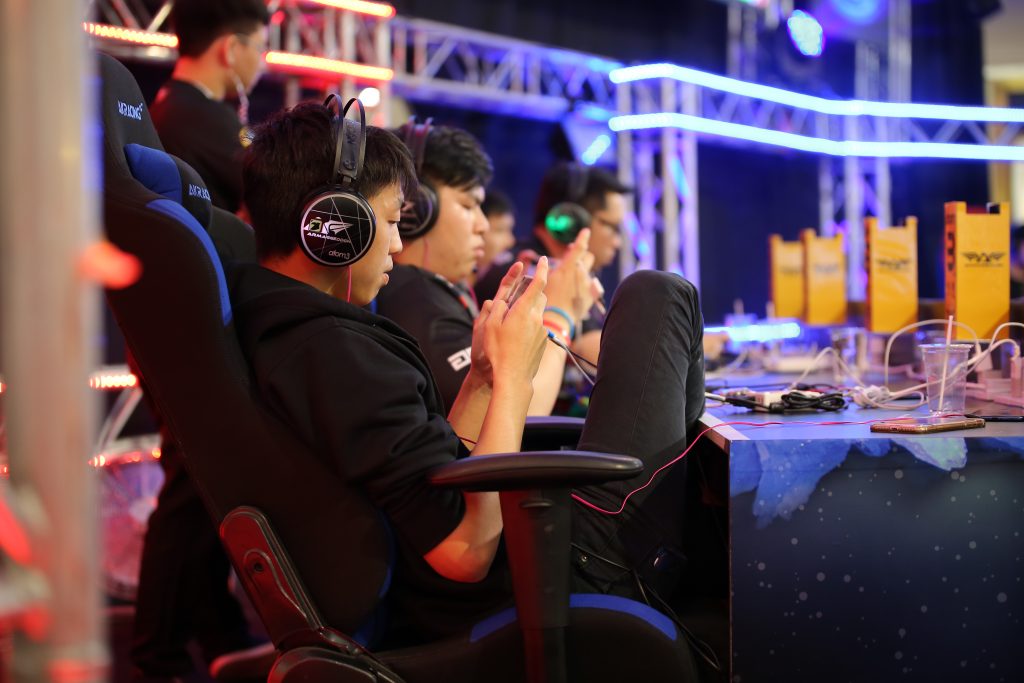 Yesterday, IDNS SG etched their name into the esports history books by being crowned the champions of the inaugural season of the Mobile Legends: Bang Bang Professional League MY/SG.

Here is the lowdown of what happened yesterday. 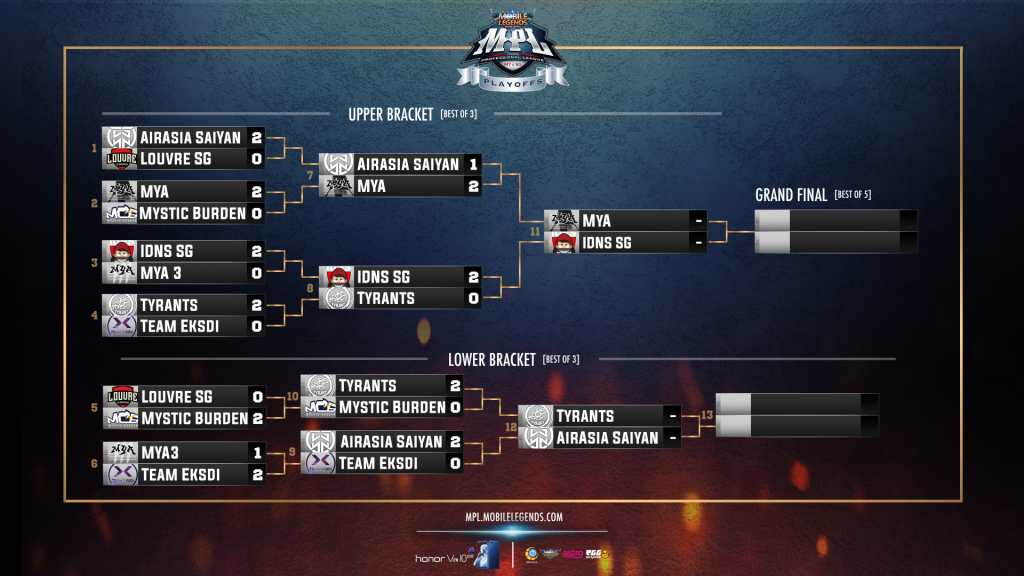 The first match of the day was the upper bracket match between MyA and IDNS SG. Although MyA previously knocked out tournament favourite AirAsia Saiyan, they looked unable to deal with IDNS SG’s aggressive play style. MyA did try their best, and claimed a win in game 2 of the series, but IDNS SG’s aggression and cleaner team fight execution was enough to send MyA down to the lower bracket.

Match 2 of the day was the lower bracket elimination match between AirAsia Saiyan and Tyrants. These 2 teams drew 1-1 in the regular season, but Tyrants seemed to have figured the Malaysian powerhouses out and secured a 2-1 victory over them. The loss was certainly a surprising one, as many thoughts AirAsia Saiyan – the home crowd favourite would advance further into the tournament.

Next up, Tyrants had to play MyA who dropped into the lower bracket, and the Singaporean squad once again surprised the crowd with a convincing 2-0 win over the last Malaysian team of the tournament.

The Grand Final of the MPL MY/SG Season 1 was an all-Singaporean affair. Tyrants put up a great effort, but IDNS SG proved too strong an opponent. 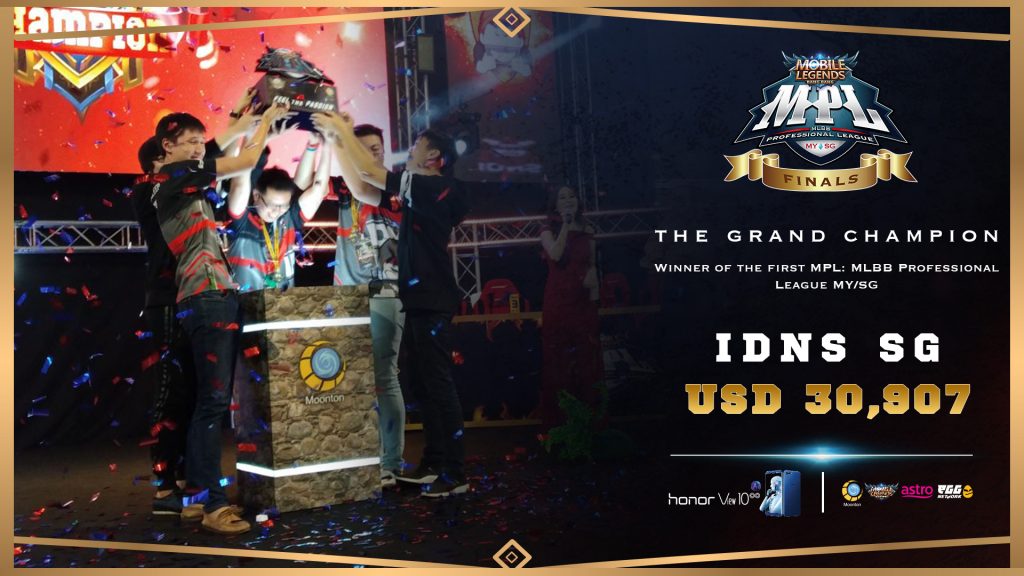 At the end of the day, IDNS SG claimed a 3-0 clean sweep over Tyrants and were crowned champions of the inaugural season of MPL MY/SG. 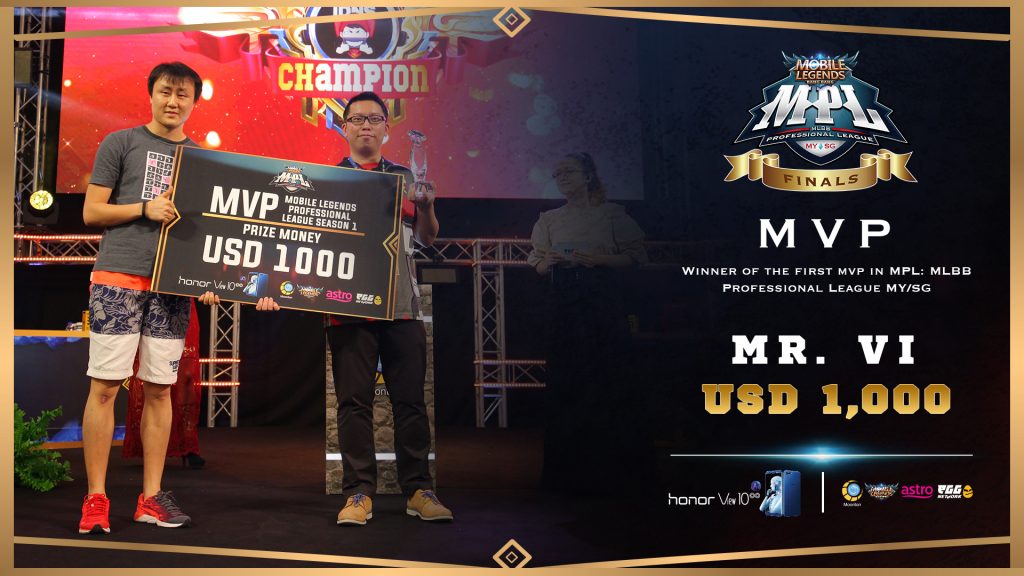 The MVP of the Playoffs was Mr. Vi of IDNS SG, who played the tank role exceptionally well in protecting his teammates, and initiating fights.

You can expect more Mobile Legends Esports to be happening, so stay tuned for more. See you in Season 2!

For now, eGG Network will be signing off!