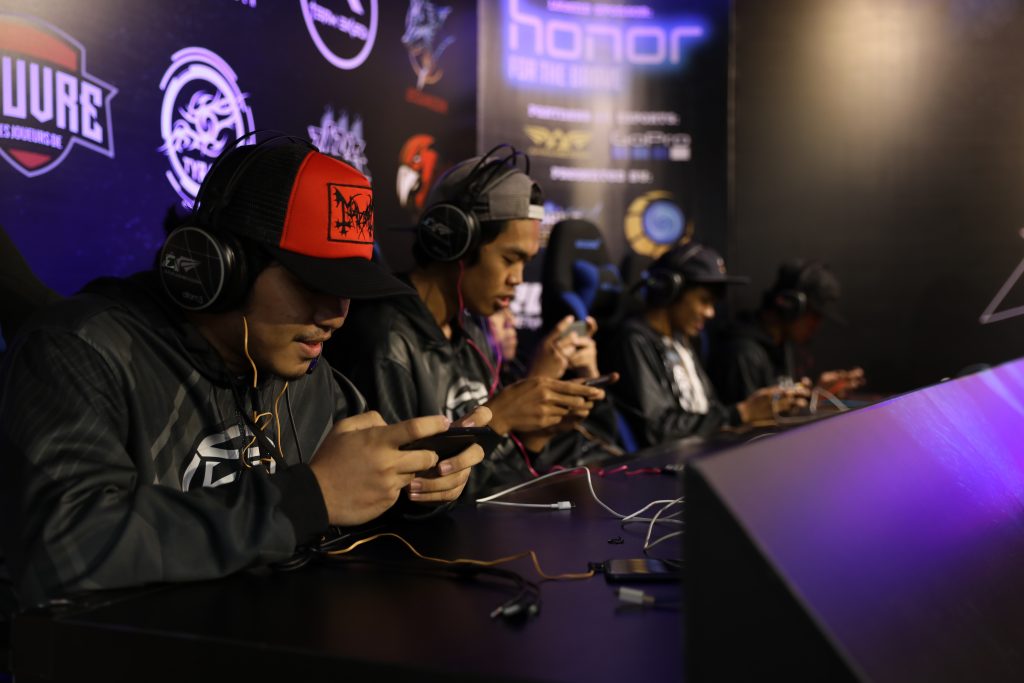 The regular season is about to end and the playoffs are coming so teams need to step it up if they want to take a higher ranking or even qualify. This is especially important for the top and bottom teams. Top teams being Team Saiyan and IDNS SG raising their country’s banners to prove which country is the best at Mobile Legends. The bottom teams being Falcon 7, Louvre SG and Equalizer chasing their dreams to prove that they are worthy to compete with the top teams of Malaysia and Singapore.

Here are the final standings: 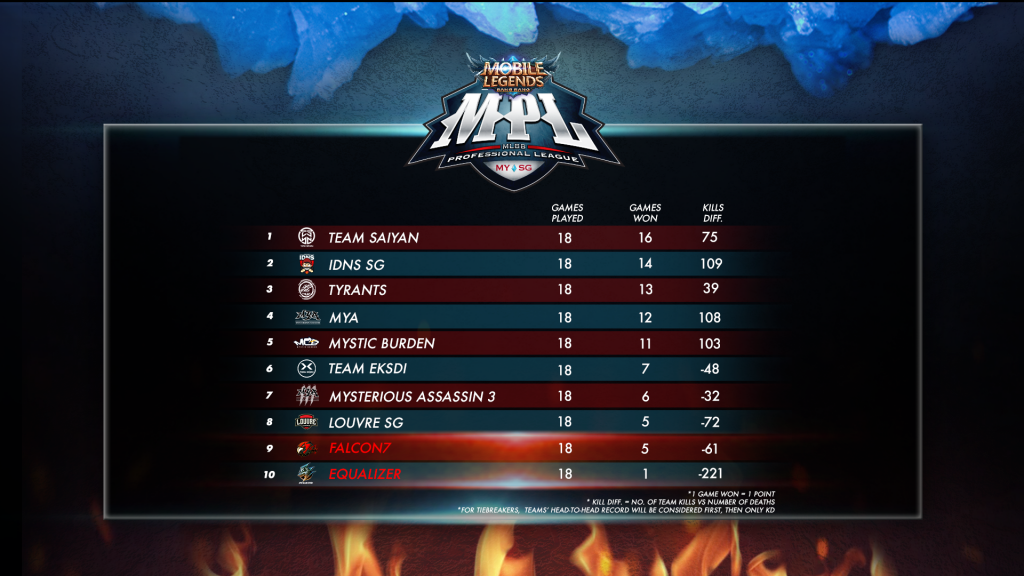 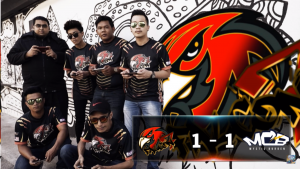 Kicking off their match against MCB, Falcon7 didn’t shy away from showing their skills. Taking 4 kills in the 1st minute Falcon7’s aggressive strategy seemed to work but that only lasted in the early game. MCB slowly gained a lead by taking a risk at ganking the team’s softer heroes and following up with objective secures. It is important to note that early game leads are small victories compared to objective secures. Falcon7 was able to turn the 2nd game around with strong resistance coming from MCB. The performance put them ahead of Louvre SG on the standings, although Louvre SG had 2 more games to play. 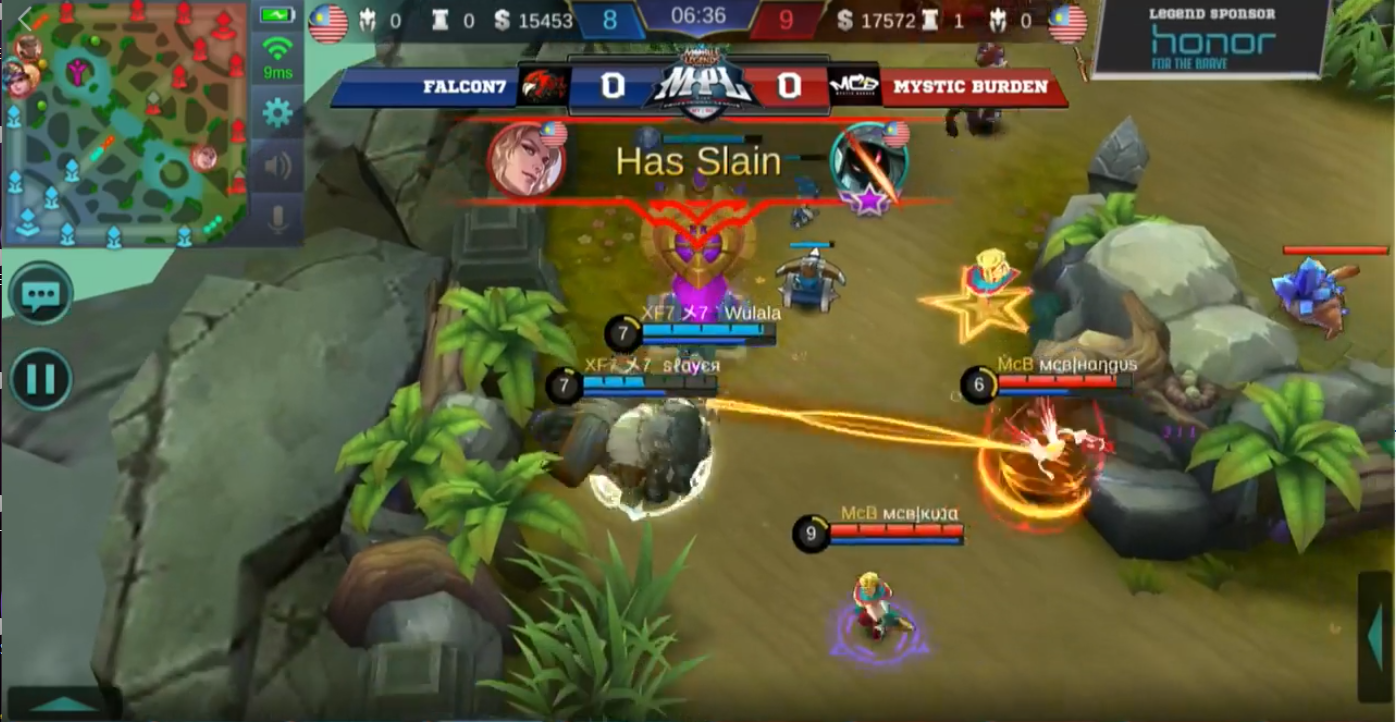 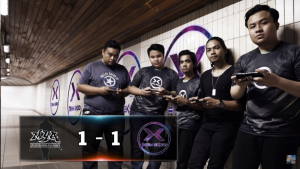 Following MyA’s previous week’s loss against Mystic Burden, they did look a little shaky against an inconsistent Team Eksdi, with the match ending in a tie. TXD’s team fight-oriented strategy might just be the answer to MyA’s strong objective based gameplay. Taking favorable team fight opportunities and securing gold for their key players allowed TXD to reach their power spikes earlier, playing a huge role in their game 2 victory. Though MyA was able to match up against the lead with objective secures it wasn’t enough to beat TXD during the final team fight. Will we see more teams exploit this weakness or will MyA adapt like they normally do? 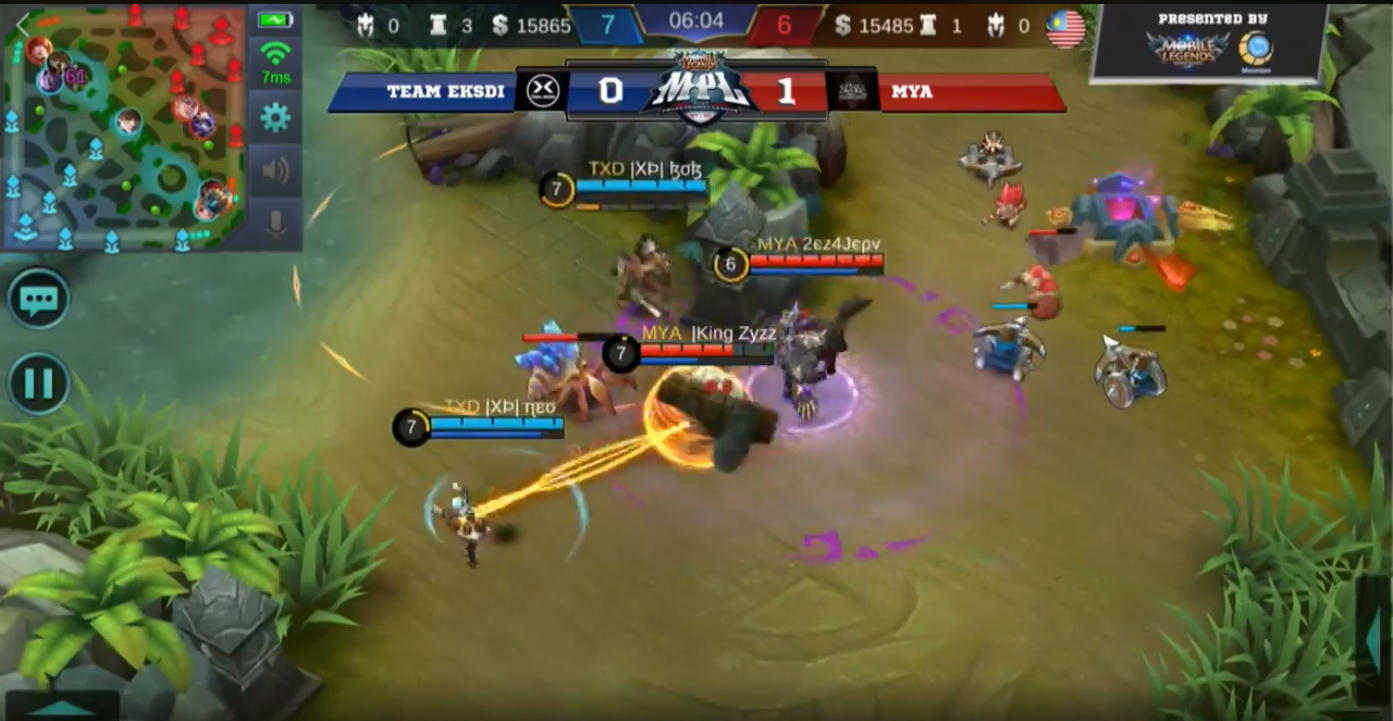 Louvre SG edges into the playoffs. 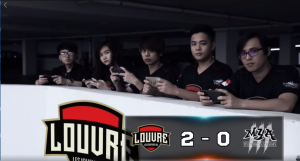 Louvre SG has been on the losing end in their recent games but they have applied a new strategy in their bag of tricks. When playing against MyA3 they found success in playing Jawhead in their single target focused line-up. Drafting a Saber and Jawhead to hold down a hero to be finished off by Lancelot was a strategy that was unconventional even for the MPL. They also opted for a more Team Saiyan-esqued split push strategy. Thus, despite losing on kills, Louvre SG scored 2 wins – putting them level on points with Falcon7 in joint 8th.

However, in the event of a tiebreaker, the teams’ head-to-head record will first be considered, and because Louvre SG previously defeated Falcon7, that means they advance despite having a lower kill difference. 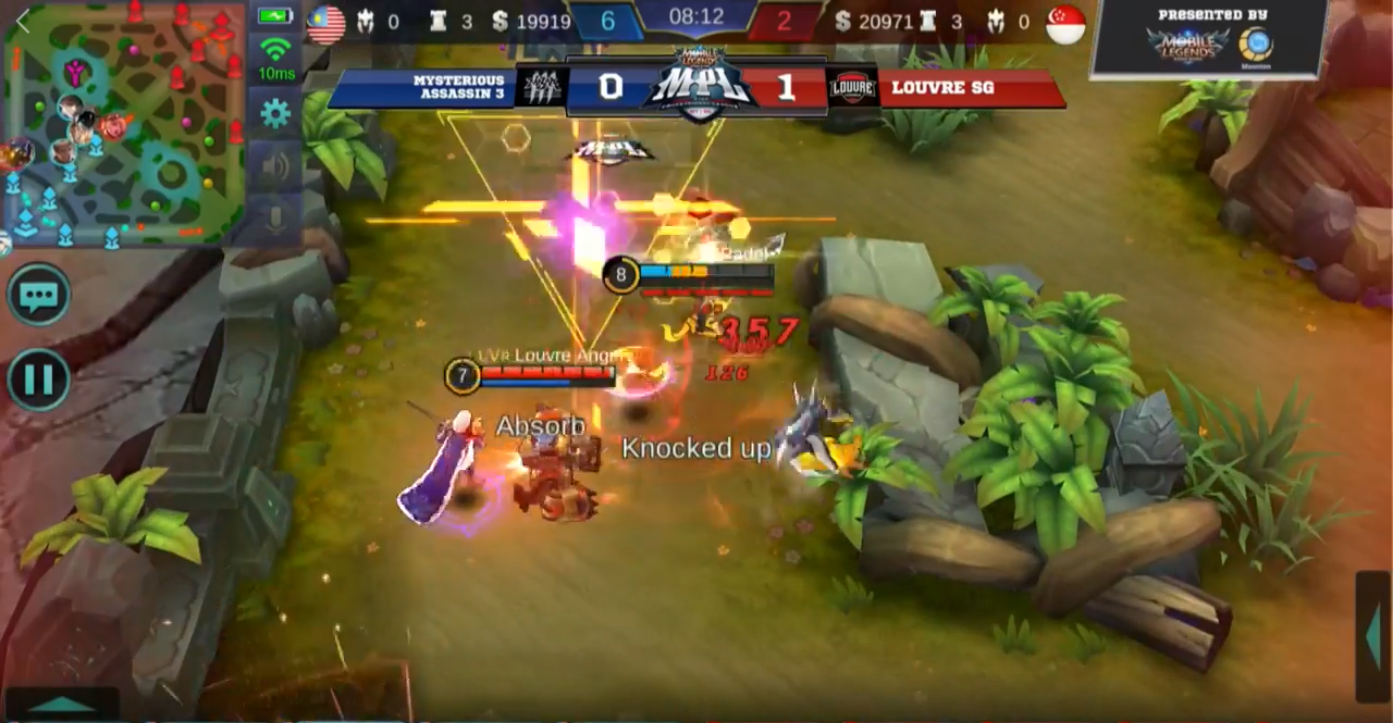 Who Will Make The Top 1 Slot? 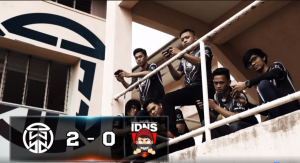 The top two teams of both Malaysia and Singapore wanted to prove their worth and show that they are the best. A lot was at stake: not only were they fighting to prove that they are the top team but they also carried their country’s pride. TSYN gave it all they got for both matches and it paid off greatly for them. They outplayed IDNS SG with small engagements and ganks – especially from Rush’s Gusion in game 1. In the post-match interview, Ly4Ly4Ly4 mentioned that Rush’s Gusion’s gameplay caught the Singaporean squad by surprise, and they didn’t really know how to respond.

Furthermore, Team Saiyan were playing without influential captain HawkEye. But the team showed maturity and composure, defeating one of the strongest teams of the MPL. Knowing IDNS SG, we can expect that they will come back stronger and learn from their mistakes. 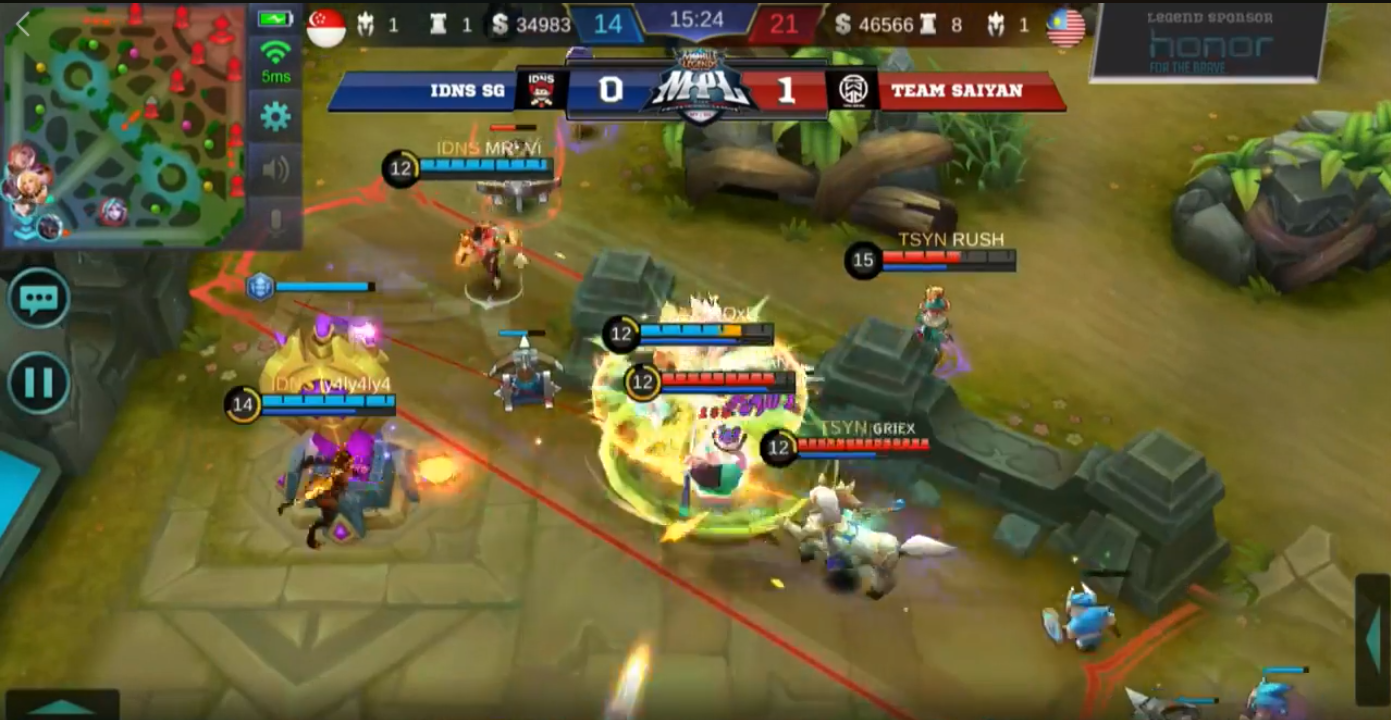 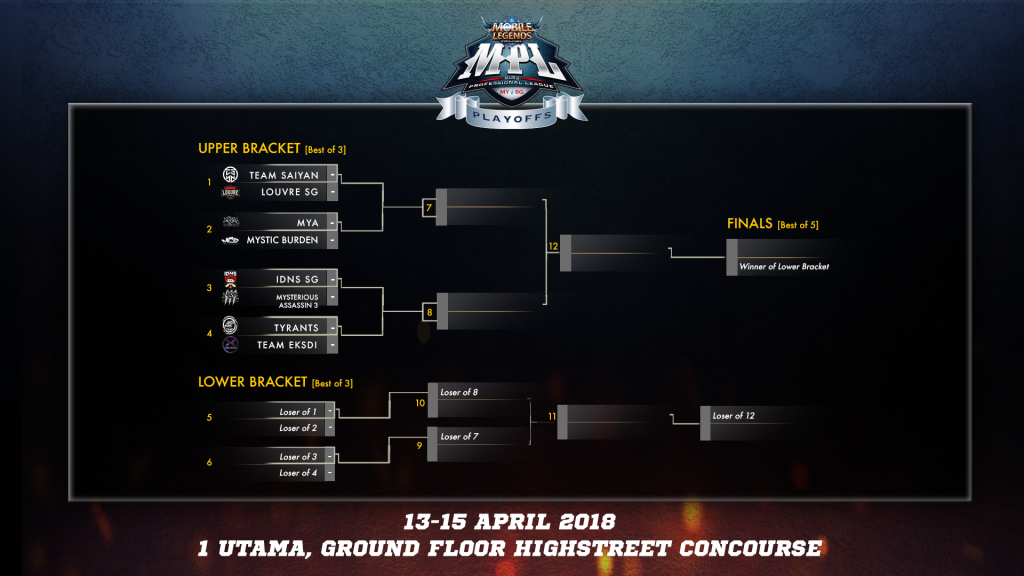 Join Our Stream For More Action And Giveaways!

The Mobile Legends: Bang Bang Professional League (MPL) is an esports league organized by Moonton (Mobile Legends’ developer) and eGG Network (a gaming and esports TV channel) for players based in Malaysia and Singapore. The league features a USD 100,000 prize pool and its purpose is to provide a platform for players to play competitively; to develop their skills and open up possibilities for a career in esports. From qualifiers to playoffs, the league will run for 5 months (November 2017 – April 2018). The regular season runs from (12 January 2018 – 11 March 2018).