Get to know the MPL Teams! 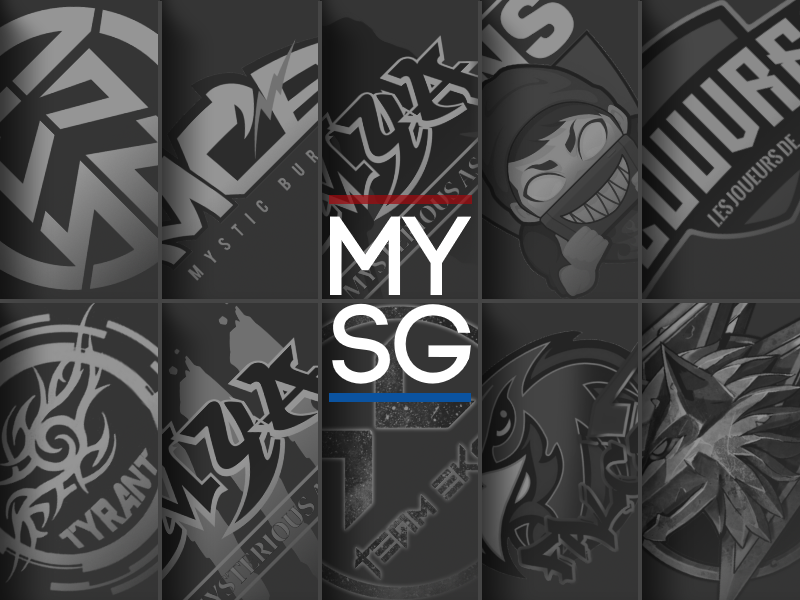 We asked the MPL teams to rank who they think are favourites to finish top of the group. Combining that info with each team’s background and qualifiers performance, this is our introduction on each team in descending order from underdog to favourites. Who will emerge as the Mobile Legends: Bang Bang Professional League (MY/SG) champions? Read on and find out how you can be part of that action!

They barely made it through to the Regular Season. This all-Sabahan team sneaked a spot after finding themselves in the wildcard match. They showed composure and confidence, beating AoD 2-0.  It is worth mentioning that most of their team is composed of Mythic and Legend ranked players putting them way above the average player’s skill. However it is evident that they still struggled during the qualifier semi-final stages. Nevertheless, they have proven that they have what it takes to rub shoulders with the best teams from Malaysia and Singapore.

Orca who plays a tank and the occasional jungler he may be in the Legend rank in the current season but he has a 65% win rate with top picks like  Miya, Zilong, and Chou.

Being the underdog is not going to stop them on their road to redemption and come out on top. Equalizer is coming in to the Regular Season with a lot to prove in the matches to come, placing them 10th in this list.

They may have had a rough start during the 1st Qualifier then turning it around during the 3rd qualifier coming out 3rd place. Their team is composed of a full Mythic ranking team with an average win rate just above 65% their skill and passion for the game is without question. Pushing through the Regular Season won’t be easy for them given their previous struggles. However they have learned significantly from their battles in the qualifier. With their passion, skills and their new found knowledge they could surprise us in their upcoming matches.

Kim who plays marksman, is decorated with a 19 star Mythinc ranking in the current season and 65% win rate with top picks as Zilong, Miya and Roger.

One thing is sure. Falcon7 may not be last on the list but they have a lot of ground to cover.

A sister team to the already established Mysterious Assassins, MyA3 has proven to be skilled themselves. They showed a strong performance during their match against Falcon7 during the 3rd Qualifier semi-finals. With a full Mythic ranking team and an average of 60% win rate they are equipped with the skills to put up a fight and a good one at that. However it is also important to mention that they are competing against their sister team, who in comparison is vastly ahead in terms of skill and experience.

Nina, a well balanced player, has a the current rank of Legend and a 74% win rate under his belt. With top picks like Karina, Tigreal and Lapu-Lapu he proves to be well rounded and capable of filling any role his team needs.

MyA 3 has yet to show if they can compete against the more experienced teams on this list and We look forward to see if they can match up against their more skilled sister team.

Composed of both new-recruits and seasoned veterans Mystic Burden may have shown the value of an aggressive team composition in the qualifiers powering through every game with their team fight heavy line ups. Having a full team of Mythic ranked players proves each member’s individual skill. They have proven that they are skilled enough knock out power houses like MyA.

Kuja, an assassin main, is well versed in jungling and ganking. Do not be fooled by his current rank of elite he is a seasoned veteran with a win rate of 69%. Armed with top picks like Natalia, Zilong and Karina will he shut down his enemies to help his team push for victory?

Watch out MPL this team may be 7th on the list but they might just come out on top.

Don’t be fooled by the team’s comical name they are a force to be reckoned with. This team’s strengths are their versatility and strong coordination. Not to mention each team member has strong individual skill, all team members are ranked at Mythic, and their combined win rates averages 70% but I am going to mention it anyways.

Unta is the team’s assassin, hitting the jungles and ganking lanes is his specialty. He is ranked currently at Mythic boasting 999 stars to his name and a 70% win rate to come with it. This puts him on par with the more experienced players in the MPL.

The team however has yet to be pit against more experienced teams hence being 6th on the list.

Though a relatively young team they have not disappointed in terms of performance. Trading blow for blow against more experienced teams and making it to the 3rd place of the 2nd qualifier is already a testament of their capabilities. They also have a combined win rate that hovers well above the 75% mark and a full team ranked at Mythic under their belts. Being new is not an issue for Tyrants as they showed us in the qualifiers giving us a lot to look forward to in the coming regular season.

Xian fills the gap for his team, playing assassin or marksman for his team. He has an 80% win rate and a Mythic ranking under his belt making him one of the heavy hitters of the MPL.

Being the new team in the scene Tyrants are looking to fulfil their dreams of becoming the next generation of esports athletes. With their combined skills and passion Tyrants might be able to keep the good work in this coming regular season.

Long time fans of MyA would know how skilled this team actually is. They may be playing 2nd fiddle to Team Saiyan they are still a major player in the Malaysian Mobile Legends scene. An experienced team comes in handy when the pressure is on. Speaking of an experienced team with a combined win rate of 70% percent and a full Mythic team they have nothing to prove it terms of individual skill.

Soloz is the Assassin of the team who is well versed in coordinated ganks and split pushes. He may not be the best key player in the MPL but he has a strong track record. Having an 82% win rate and Mythic ranking to his name.

They have to work hard to best their rival Team Saiyan. Nonetheless they belong with the top team’s of this tournament.

They may have been formed just to compete in the MPL but they did not disappoint. Performing really well in the qualifiers even out classing more experienced teams. With a team composed of Mythic Rank players and a combined win rate of 80% they are a powerhouse of individual skill. A definite challenge for the other teams in the league.

Angel plays the mage role for her team who is well versed with high impact heroes like Aurora and Kagura being some of her prefered picks. With a 79% winrate and Mythic rank she proves capable of handling the competion.

This team has already proven that being new is not going to be an issue in getting into the MPL. However they still have a big fight ahead of them come regular season.

The last but most certainly not the least, this team is the undisputed kings of Malaysia’s Mobile Legends scene. They have proven time and time again across multiple local tournaments that they were the champs to beat. Having strong team chemistry coupled with the best of Malaysia’s Mobile Legends players saying this team is a power house is an understatement. They are aiming for nothing but number one, but feel that the Singaporean teams will pose the greatest challenge.

Fredo, the team’s assassin main and the top Alucard player. His skill put him as one of the top players in the world.

The team has proven their skill time and time again showing no signs of slowing down. Only having a few teams to worry about they advance to the regular season pretty much uncontested.

Last but not the least this team of globally recognized top players is like a harmonious symphony that is well written, with player fitting in their role and working with one another in unison. They make very little mistakes and if they do it is incredibly hard to punish. You will find no other team as well versed as they in the MPL. On top of their game they will be a hard challenge even for the toughest of contenders during the Regular Season. That being said they have a combined average of 80% in their winrates and the full Mythic ranking.

Ly4 is the team’s assassin. Moscov and Fanny are two of his top pick but he currently sits on the throne as the top Karina player in Mobile Legends making him a challenge when he comes to gank. He may be ranked as Legend in the current season but he has scored 2687 stars as Mythic in the previous seasons.

Being Globally acclaimed it is difficult to find a better team, heck they already took Singapore’s MSC champions Impunity out off the qualifier however in the up coming regular season we may just find the team to beat the best.

Are You Ready to Feel the Passion?

These teams have gone through a lot to get the chance to compete in the world’s stage and become the next generation of esports athletes. Regular season starts on January 12, 2018  where these teams fight for their passion and a piece of the USD 100,000 prize pool.

The matches will be Don’t miss out on our live streams by liking the eGG Network Facebook page for official announcements and live streams.

The Mobile Legends: Bang Bang Professional League (MPL) is an esports league organized by Moonton (Mobile Legends’ developer) and eGG Network (a gaming and esports TV channel) for players based in Malaysia and Singapore. The league features a USD 100,000 prize pool and its purpose is to provide a platform for players to play competitively; to develop their skills and open up possibilities for a career in esports. From qualifiers to playoffs, the league will run for 5 months (November 2017 – April 2018). The regular season runs from (12 January 2018 – 11 March 2018)